Involving a Child in the Production of Child Abuse Material 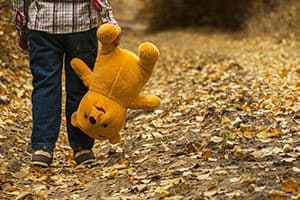 In the Crimes Act the definition of ‘child abuse material’ has two levels. The first is that it must be material that depicts or describes a person who is an actual child or who appears to be a child. Further to that, in the material that person is depicted as a victim of torture, experiencing cruelty or physical abuse. The term also applies if the activity is sexualised in any way. The second stage is that a reasonable person would find the material offensive in the circumstances.Section 51B applies when a person is alleged to have involved a child or someone they ought to have known is a child in the production of child abuse material as described above.

Defences that are often run in relation to these charges are primarily factual and identification disputes, honest and reasonable mistake of belief, and also mental impairment. Other defences may also be considered depending on other circumstances surrounding the case.

Our client was charged with possess and make child pornography. He was accused taking photos of his daughter bathing by his partner while they were going through a separation. On appeal in the County Court our client was found not guilty as the Judge decided his partner had motive to lie and was not a credible witness.

Penalty and court that deals with this charge

If proven guilty, an accused may be sentenced to level 5 imprisonment (10 years maximum). This matter would be heard in the Supreme Court.

What is the legal definition of Involving a Child in the Production of Child Abuse Material?

Involving a Child in the Production of Child Abuse Material

“Have you been accused of involving a child in the production of child abuse material?”

This offence is governed by section 51B of the Crimes Act 1958.

For this charge to be proven the following elements must be clearly established before the court:

Failure to prove any of these elements will mean that the accused is not guilty of the charge.

*This offence used to be known as “Procurement etc. of Minor for Child Pornography“.