In Victoria, the offence of Common Assault is in section 23 of the Summary Offences Act 1966, which is the physical or apprehended contact of another without their consent.

Do the Police say you have committed a Common Assault? If yes, call our firm to receive confidential legal advice about how best to deal with this allegation. 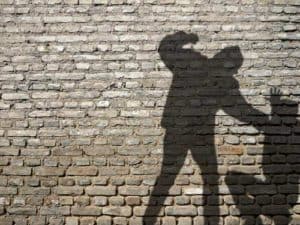 We are criminal lawyers who have dedicated our careers to representing people accused of wrong-doing such as Common Assault.

If you make admissions that you do not mean during your Police interview, you may be unable to run a defence later on in Court. Do not paint yourself into a corner.

If you have been charged with Common Assault, we can work out a defence strategy for you. It is good to get onto this early because there may be evidence which helps your case that needs to be preserved before it is lost.

In defending a charge of Common Assault, you want a lawyer who is going to consider – Is there relevant CCTV footage? Is there DNA evidence? Are there people who the Police have not spoken to who can shed some light on this case? Is there evidence that shows you are not guilty?

This investigation may lead to charges being withdrawn or an acquittal.

We believe it is very important to take the time to carefully discuss matters with our clients, so they know that they are up against.

If you decide to plead guilty to Common Assault, we can represent you at Court at your plea hearing. We can prepare a plea strategy for you to ensure that you have the right material for the best possible outcome. Our lawyers have appeared in many plea hearings and can effectively explain your circumstances to the sentencing Magistrate. We know what works. 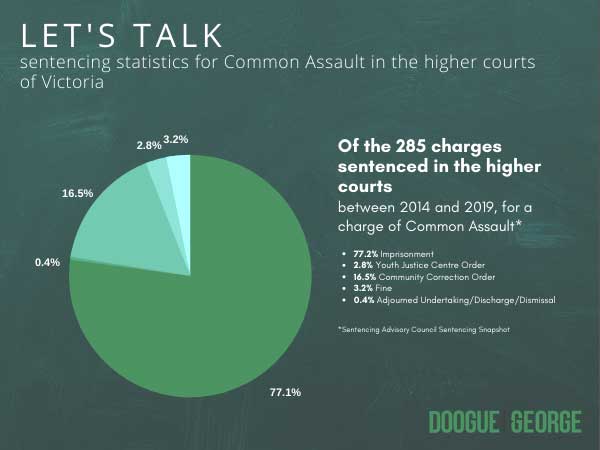 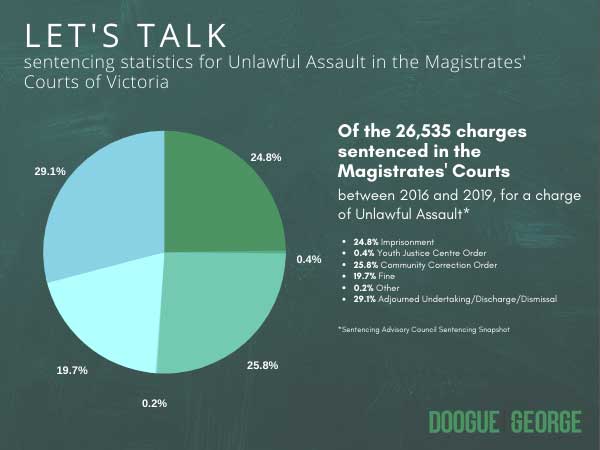 Common Assault is a summary offence which will be heard in the Magistrates’ Court.

Our client was a bouncer and had a recent conviction for hitting a patron with an open hand. Following the conviction, our client came to see us. After reviewing the evidence, we advised our client to file an appeal against conviction. Following the appeal, the Judge dismissed the charges and ordered the police to pay our client’s costs.

Elements: What is the legal definition of Common Assault

In legal terms, Common Assault means assaulting or physically beating another person without a legal excuse.

The section that covers this offence is section 23 of the Summary Offences Act 1966.

What are some of the possible defences to a Common Assault charge?

“Were you acting in self-defence? “

Maximum penalty for section 23 of the Summary Offences Act 1966