These investigations normally begin with Police knocking on your door with a search warrant wanting to look at your computer and other devices. If this happens, call our office immediately to get advice. We can speak with the Police and make sure they are not searching for things they do not have authority to check. 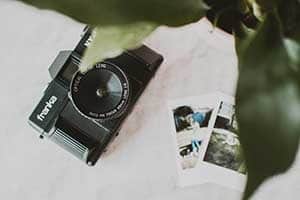 We can guide you during your Police interview what your obligations are, or if you must hand over your electronic devices. You risk harming your defence if you do not know how to properly deal with the Police.

The legislation for this offence can be found on section 41B of the Summary Offences Act 1966:


[1] Summary Offences Act 1966 (VIC) s 41B
[2] Ibid.
Defences
In certain circumstances surrounding this charge, consent can be a crucial component to a defence. Other areas to explore may include intent, incorrect factual matrix, concept of beyond reasonable doubt, and reasonable mistake of belief.

Your decision on whether to contest or plead guilty to this charge is a crucial consideration that you need to discuss with a criminal lawyer. Know your rights as a defendant and be informed of the legal implications of either plea. Without a lawyer to inform you of the legal issues, you may end up having to face very serious consequences.

Maximum penalty for section 41B of the Summary Offences Act 1966
This offence carries a penalty of two years imprisonment as the highest possible sentence. Repeat offending or relevant priors may significantly affect the outcome of your case in Court.
Sentencing

Of those who received financial penalties, the majority were in the “$4,000 < $5,000” category (83.6% for aggregate) and the highest amount imposed was also within this range.

The longest prison term imposed was between 24 and 36 months (20.0% of those who were sentenced to prison). The period most frequently imposed was however somewhere between 18 and 24 months (40.0%).3

Please note that suspended sentences were abolished in Victoria for all offences committed on or after 1 September 2014.4