Sexual Offences Against Persons With a Cognitive Impairment By Doctors etc.

In Victoria, section 52 of the Crimes Act 1958 is Sexual Offences Against a Person with a Cognitive Impairment by Doctors, which is where a medical doctor commits a sexual act with a person under their care with a cognitive impairment.

Do the Police want to speak with you about an allegation of Sexual Offences Against a Person with a Cognitive Impairment by a Doctor? We can arrange a confidential conference with you to answer your questions and give you strategic advice. 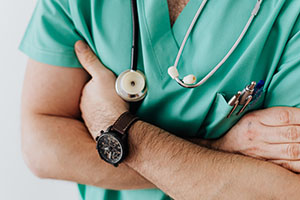 Your medical insurer will not cover you for the legal proceedings of a sexual allegation. They will only indemnify you after the event if you win your case. So, choose a firm that is expert in the criminal law field and has won many jury trials and appeals for doctors.

Police interview for sexual offences by a doctor

An interview is not as simple as answering questions and telling the truth. There is far more complexity in an interview than one might think. The general advice of doing a “no comment” interview may not suit your circumstances. Speak to an accredited specialist before deciding how your case will proceed.

You will want to know:

We regularly attend Police interviews with our clients. We recommend that you get us to attend with you. This is because you need someone sitting beside you who is looking after your interests.

Pleading not guilty to sex offences by a doctor

Being accused of Sexual Offences Against a Person with a Cognitive Impairment By a Doctor will have a devastating effect on you personally and professionally. This charge can result in you losing your licence to practise and open an AHPRA investigation. It can be made worse if it attracts media attention. You need to get legal advice so you are prepared for every possible scenario and how to ameliorate any concerns you might have.

Our lawyers are pro-active and strategic. We do not rely on the Police investigation to be correct. We conduct our own investigations and look for evidence which may help your defence in Court. We have strong relationships with Private Investigators and Forensic Investigators.

We have a track record of successfully defending people accused of sexual offences. We have also, on several occasions, stopped the Police from charging people with sexual offences by strategic pre-charge work.

Pleading guilty to sex offences by a doctor

If you are pleading guilty to Sexual Offences Against a Person with a Cognitive Impairment by a Doctor, we will arrange the best criminal barristers to appear for you. We will also tell you what you need to prepare and organise reports from relevant experts.

We know what Judges need to hear to arrive at the best outcome for you.

In a case of Sexual Offences Against Persons With a Cognitive Impairment By Doctors etc., the following defences may be applicable to the charge:

It is a defence to the charge if the accused can prove that they believed on reasonable grounds that the other person did not have a cognitive impairment.

What penalties can be imposed for a charge of Sexual Offences Against Persons With a Cognitive Impairment By Doctors etc.?

An indecent act in the same circumstances has a maximum period of imprisonment of 5 years attached to it.

You may also visit this page to view sentencing decisions by Victorian County Courts for sexual offences against the cognitively impaired.

The legislation for this offence can be found on section 52 of Crimes Act 1958.

Amendments to the Crimes Act in 2016 removed the distinction between Sexual Offences Against Persons With a Cognitive Impairment By Doctors etc. or other persons. This offence only applies to offending that occurred prior to 1 July 2017.

In Victoria, offences committed by people in a position of power against vulnerable members of our community attract condign punishment. The penalty can range from a term of imprisonment, Community Correction Order or fine. The penalty imposed will depend on the gravity of the offending. The County Court in DPP v Ferroro [2016] VCC 1195, the sentencing Judge noted that the aim of this offence is to protect vulnerable people from being exploited by those trusted to care for them and provide professional services.

Undertaking treatment before the plea hearing is key to a good outcome.

There are also professional consequences which flow from a finding of guilt to Sexual Offence Against a Person with a Cognitive Impairment by a Doctor. This can be regarded as extra-curial punishment, which the Court should be made aware of during the plea hearing.