Sexual Penetration of a Child Under 16

Sexual penetration of a child under 16 years of age is commonly referred to as under-age sex. The Prosecution must prove beyond reasonable doubt that an accused sexually penetrated the complainant (the person making the allegation). Sexual penetration is defined by section 49B of the Crimes Act 1958 (Vic) (‘the Act’) as the introduction of a person’s penis, body part or object into another person’s vagina or anus. It also includes putting a penis into someone’s mouth. 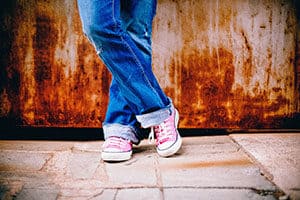 Which Court Will the Case be Heard in?
This is not the kind of charge that will be heard in the Magistrates’ Court. Sexual penetration of a child under 16 is an indictable offence that carries a significant penalty.

This charge is likely to be heard in the higher courts. Any indictment or summons for this charge will generally be before a Judge in the County Court.
Meaning of Sexual Penetration of a Child Under 16

This offence is governed by section 49B of the Act. A person commits sexual penetration of a child under 16 when: Until 22 October 2014, the offence contained an additional element which states that for children aged between 12 and 16, the prosecution also had to prove that the child was not married to the accused. This was removed by section 5 of the Crimes Amendment (Sexual Offences and Other Matters) Act 2014 (Vic) and is no longer a requirement.

The Elements in Detail

Sexual penetration of a child under 16 has the following three elements, all of which the prosecution must prove beyond reasonable doubt:

The accused’s object or body part does not need to have gone all the way into the other person’s vagina, anus or mouth, even slight penetration is enough. However mere touching of the relevant body part is not enough, there must have been actual penetration to some extent.1

Penetration only needs to have been slight or fleeting and does not need to have have been committed for the purposes of sexual gratification.2 If the accused is male, the prosecution is not required to prove that there he ejaculated into the woman.

“Can the Prosecution prove that you sexually penetrated a child?”

Vagina is defined by section 35 of the Act and includes the “external genitalia” as well as a “surgically constructed vagina.” Rape can therefore be committed against transsexuals.

The second element that the prosecution must prove beyond reasonable doubt is that the sexual penetration was intentional.

The Prosecution must establish that the occasions specified occurred during a period where the complainant was under 16 years of age.
Defences

Possible Defences: Sexual Penetration of a Child Under 16

Consent is not a defence to a charge under this section save for circumstances where the child was aged 12 or older at the time of the alleged offence.3 Consent is only available as a defence where:

Importantly, sub-section 45(4)(4A) of the Act states that if consent is relevant, the prosecution carries the burden of proving the lack of consent.

Another defence that is often run in relation to Sexual penetration of a child under 16 is a factual defence. Either the accused did not do it or it never happened. We have found that offences of a sexual nature are crimes in which, for a variety of reasons, innocent people are often wrongly charged. A number of defences are potentially available depending on the particular circumstances of each case. These include false allegations, mistaken identity, duress and importantly, the Prosecution bears the burden of proving matters alleged beyond reasonable doubt and in many cases they are not able to meet this burden.

In such cases of sexual penetration of a child under 16 years, it is important that your defence team looks at inconsistencies that may arise in the different stages of the trial process. If you have been charged with an offence under this section or are being interviewed in relation to this offence, it is important that you seek advice from a criminal defence lawyer as soon as possible. A finding of guilty is likely to result in a sentence that involves an immediate term of imprisonment.

In a trial, the questions a judge will ask the jury to consider (when consent is in issue) are:

Consent is only relevant if you are satisfied the defence has proven, on the balance of probabilities, both that:

If consent is relevant, the prosecution must prove, beyond reasonable doubt, that:

Sentencing Outcomes in the Higher Courts

The Sentencing Advisory Council has released sentencing statistics for the sentencing of sexual penetration of a child aged under 16 in the County and Supreme Courts. The sentencing outcomes and maximum penalties vary depending on the age of the child and the circumstances of the offending. The sentence received will also depend on the aggravating and mitigating circumstances of each particular case. These include things such as the offender’s background and prior criminal history.

The most common length of imprisonment imposed was between 2 to less than 3 years with 39.8% sentenced within that range.

The most common length of imprisonment imposed was between 4 to less than 5 years with 38.8% sentenced within that range.

Please note that suspended sentences were abolished in the higher courts in 2013 therefore all offences committed on or after 1 September 2013 will not have this available as a sentencing option.

To view sentencing decisions by Victorian County Courts for sexual offences against children, visit this page.
Case Studies & Other Information

Check out some of the criminal cases we’ve defended in court involving the charge of Sexual Penetration of a Child Under 16:

< Back to Child Offences