Diversion for Threats to Kill and Assault Charges 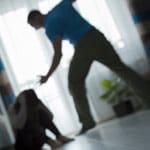 This is a case of application for diversion for Threats to Kill and assault charges.

Our client had an altercation with his ex-partner when he was woken by her during the night. He allegedly slapped her and threatened to kill her when he left the room. He was eventually charged with the following offences:

The client denied the threat to kill but accepted that he had slapped her.

The case was heard at the Melbourne Magistrates’ Court.

Amelia Ramsay made comprehensive submissions in application for diversion with both the informant and prosecutor. This was successful and the matter was recommended for diversion by the prosecutor and was listed for a diversion hearing. Amelia recommended that the client partake in a Men’s Behaviour Change Course and obtain character references in support of his good character.

The diversion for Threats to Kill and assault charges allowed the client to avoid a criminal record which may have affected his employment. The outcome was obtained by successful negotiations with the prosecution for a recommendation for diversion and persuasive submissions in court. Advising the client to partake in a Mens Behaviour Change Course was also a determining factor in the matter ultimately being found suitable.

Since joining Doogue + George, Amelia has represented clients in a broad range of indictable offences including, manslaughter (one-punch laws), foreign incursion and terrorism related offences, importation of drugs, cultivation of drugs, and sexual offences. Her work has included trials in the County and Supreme Court, plea hearings and contested committals as well as appeals to the Court of Appeal. Amelia works closely with barristers including briefing Queen’s and Senior Counsel. Amelia also appears regularly at the Melbourne Magistrates' Court and suburban courts as a solicitor advocate.

Check out Amelia's profile to know more about her legal background and specialisations.

DISCLAIMER: This is a real case study of an actual case from our files. Details pertaining to the client have been changed to protect their privacy. The sentence imposed and the charge have not been altered. These case studies are published to demonstrate real outcomes and give an indication of possible tariffs in Court. We do not guarantee a similar case on these charges will get the same result. Please note that we post results at our discretion, therefore while many case studies are average results, others are notable for their exceptional outcomes. PUBLISHED 01/02/2018