Amelia is based in our City office and has a strong practice in providing advice and representation in Magistrates’ Court, County Court, Supreme Court and Court of Appeal matters. Amelia appears almost daily as a solicitor advocate in the Magistrates’ Court, in Melbourne and at suburban courts. 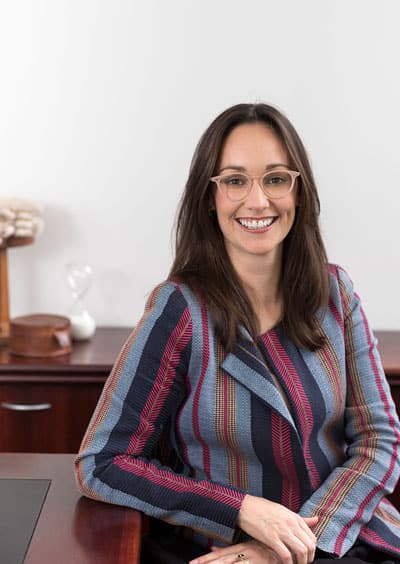 Since joining Doogue + George, Amelia has represented clients in a broad range of indictable offences including, manslaughter (one-punch laws), foreign incursion and terrorism related offences, importation of drugs, cultivation of drugs, and sexual offences.  Her work has included trials in the County and Supreme Court, plea hearings and contested committals as well as appeals to the Court of Appeal.  Amelia works closely with barristers including briefing Queen’s and Senior Counsel.

Amelia is a part of the firm’s growing practice in assisting clients before they are charged, making detailed submissions to the police to ultimately prevent the prosecution from proceeding and stop the matter from going to Court.  This involves extensive investigation and statement compilation to ensure the client’s narrative is taken into account before the decision to prosecute is made.  Working closely with Queen’s Counsel, Amelia has been successful in preventing clients from being charged.

Prior to joining Doogue + George, Amelia was an associate to a Judge of the County Court at Melbourne where she gained experience in a broad range of criminal and civil matters.

In her earlier career, Amelia worked for 3 years with the Department of Foreign Affairs and trade which included a short term diplomatic posting to Bangkok, Thailand.

Amelia has volunteered at numerous community legal centres in both Victoria and the ACT including Springvale Monash Legal Service, the Asylum Seeker Resource Centre and Justice Connect pro bono legal referrals. She is a co-author of our ebook Victorian Courts Mapping the Court Process.

Amelia graduated from Monash University in 2009 with a Bachelor of Laws and Bachelor of Arts majoring in French.