In Victoria, the offence of Threat to Kill is in section 20 of the Crimes Act 1958 Vic, which is causing another to believe that threats to kill will be carried out.

Are you accused of making a Threat to Kill? You will want to speak with one of our experienced lawyers about how to deal with the allegations. 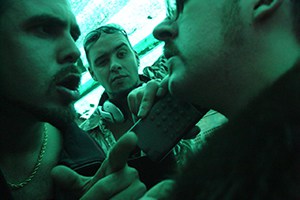 Our specialised criminal defence lawyers have represented many clients charged with making a Threat to Kill.

Before agreeing to attend the Police station for a Police interview, you should speak with one of our lawyers first. Anything you tell the Police during your interview can be used against you at the discretion of the Police. It can also assist the Police in their investigation.

A Police interview can be stressful. You may want to know – should I tell the Police what happened? Should I give them my mobile phone? Should I provide them with a statement? It is important to know that Police officers are trained interviewers and are asking you questions with the hope that you will make admissions.

One of our lawyers can attend the Police station with you if you feel more comfortable having someone on your side to assist you through the interview process.

Through careful planning, our defence lawyers have obtained acquittals for people charged with making a Threat to Kill. Our approach is to formulate a defence strategy early on and probe the Police for disclosure material which they may not otherwise provide.

The answer to these questions can lead to a charge of Threat to Kill being withdrawn.

Our defence lawyers have conducted many pleas in mitigation for people pleading guilty to Threat to Kill charges. This experience assists our clients in having a lawyer who knows what works to avoid a prison sentence. Our lawyers can direct you to relevant counsellors, help you gather character references and prepare you for the plea hearing. 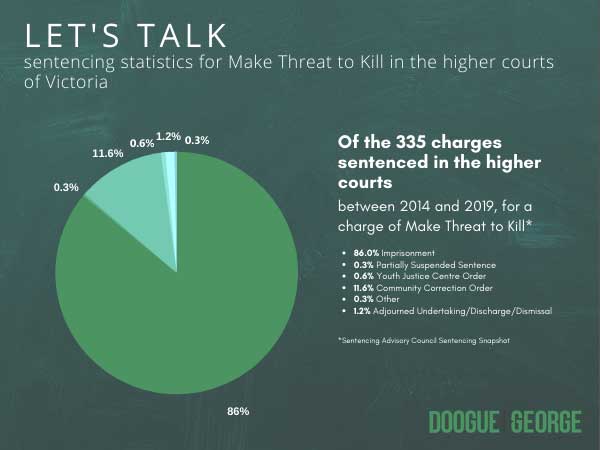 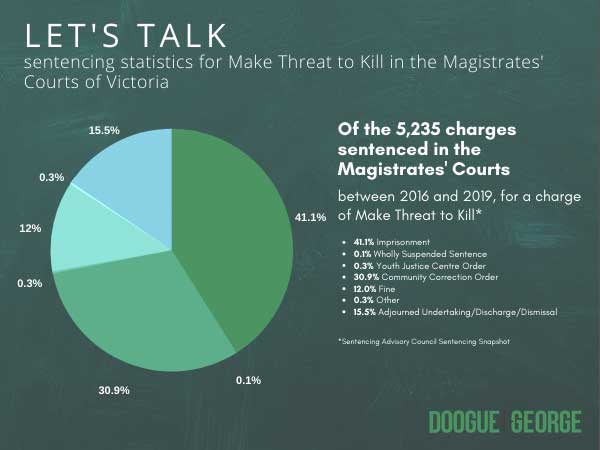 This charge may be heard either in the Magistrates’ Court or a higher court depending on the gravity of the circumstances surrounding the alleged offending.

After a road rage incident between to drivers, the driver of one of the cars gets out of their car, approaches another vehicle’s driver’s side door and yells directly at the other driver ‘I’m going to kill you and your family’ before forcefully kicking and striking their car.

What is the legal definition of Threats to Kill?

Threat to Kill: The legislation

This offence is governed by section 20 of the Crimes Act 1958 (Vic) which reads as follows:

The maximum penalty that may be imposed for a charge of Threat to Kill is 10 years imprisonment.

Threat to Kill: The elements

The offence of threat to kill has three elements that the prosecution must prove beyond reasonable doubt:

The accused need not have any particular relationship with the person threatened.1

The threat must be to kill, not to inflict some lesser harm such as a serious injury.2

The person making the threat may threaten to have someone else carry out the killing.3

In making its determination, the jury must consider the relationship between the accused and the complainant. Violent or colourful language that may appear threatening at first sight, may in fact not be a “threat” when the relationship is taken into account.5

Element 2: The accused’s state of mind
The second element of the offence requires the accused to have either:

The accused’s motive for making the threat is irrelevant when considering intention.7

All the circumstances of the statement or conduct must be considered when establishing intention.8


“Did you intend for someone to fear your threat would be carried out?”

The accused being aware of a ‘possibility’ or ‘likelihood’ that the complainant would fear that the threat would be carried out is insufficient to establish recklessness.10

Element 3: The threat is made without lawful excuse
For the offence to be made out, the accused must have made the threat without any lawful justification. Self-defence and prevention of crime are common forms of justification. A person acts in self-defence when they believe, on reasonable grounds, that their actions are necessary.12

Some possible defences to the charge of threat to kill are the following:

Maximum penalty for section 20 of the Crimes Act 1958

The maximum penalty for Threats to Kill (s20 of the Crimes Act 1958) is 10 years imprisonment.

Case studies from our firm involving Threats to Kill