The offence of Possess Property Reasonably Suspected to be Stolen is found in section 26 of the Summary Offences Act 1966. It is a criminal offence that is committed by a person who was found to have in their actual possession, or who has conveyed in any manner, any personal property that is reasonably suspected of being stolen or unlawfully obtained.

Have you been accused of Possess Property Reasonably Suspected to be Stolen? 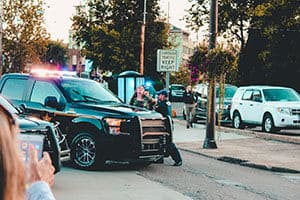 If the Police have evidence that you had stolen property in your possession, they may ask you to come in for a Police interview. It is important to see the interview for what it is: an opportunity for the Police to gather further evidence to make a case against you. You may have a reasonable explanation as to why you have stolen property in your possession. You may feel obligated by the setting and the manner of questioning to co-operate with Police. The truth is you don’t know how your truth will be interpreted. If you have a fair explanation we can help you provide this to Police at a later stage once we understand the allegations. You should call us for advice before going to any Police interview.

You may have a reasonable defence to the charge. Maybe you bought the property in good faith and had no idea it was stolen. Maybe you found the property and were intending take it to Police to find its rightful owner. We will look at all the evidence in the case against you, take your instructions and advise you on whether contesting the matter is in your best interests. If the matter is to be contested our lawyers are experienced in dealing with the Courts and the Police and can ensure that the right charges are before the Court and the evidence is properly tested. You are innocent until proven guilty and our lawyers work hard to ensure that every person gets a fair outcome.

Maybe you made a mistake that you now regret. Maybe you were just caught doing something bad on your worst day. We are experienced at explaining to the Court the reasons for your offending and the positive aspects of your life that mitigate the harm you may of caused. We will help you gather the appropriate material, character references and organize offence specific counselling to ensure that you get the fairest outcome at sentence. Having good lawyers can make a huge difference to the ultimate outcome of your case and the sentence you end up receiving. 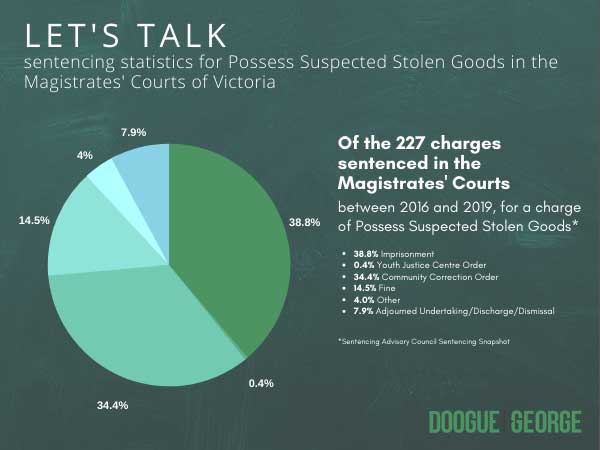 The offence of possessing property reasonably suspected to be stolen is the sort of charge regularly heard in the Magistrates Court.

What is the legal definition of Possess Property Reasonably Suspected to Be Stolen?

“Have you been accused of possessing stolen goods?”

Examples of Possess Property Reasonably Suspected to Be Stolen

The legislation for this offence can be found on section 26 of Summary Offences Act 1966.

In essence to prove this charge the Police must show that the accused had in their actual possession or was conveying in any manner any personal property that was reasonably suspected of being stolen or unlawfully obtained. The accused must be proved to have done so needlessly.

Possible defences to this charge could be a claim of right, duress, a factual dispute, the concept of beyond reasonable doubt, honest and reasonable mistake of belief, or a lack of intent.

You should ring us and discuss your case if you have been charged. Deciding on whether to plead guilty or not while have major implications for you and should be made after proper discussion with a criminal lawyer.

Maximum penalty for section 26 of the Summary Offences Act 1966

The maximum penalty for Possess Property Reasonably Suspected To Be Stolen (s26 of the Summary Offences Act 1966) is 12 months imprisonment.