In Victoria, Wilful Damage is found in section 9 of the Summary Offences Act 1966. It is a criminal offence that is committed by a person who destroyed, damaged, polluted or obstructed any property of another person where the value of the damage was less than $5,000.

Have you been accused of Wilful Damage? You should receive confidential advice from one our experienced criminal defence lawyers if you have. Our lawyers can give you strategic advice on how to handle your case to get the best possible outcome. The benefit of using one of our lawyers is we specialize in criminal defence work and have years of experience in representing people charged with Willful Damage. 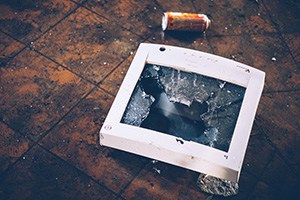 If the Police accuse you of Wilful Damage, they will contact you and arrange a time for you to attend the Police station to be interviewed. Do not take a chance and attend the Police station without first speaking with a criminal defence lawyers. Police officers are trained to ask questions and investigate criminal allegations for a living. They are always going to be steps ahead of you. This is why you should have someone on your side looking after your interests.

Our lawyers can advise you how you should approach the Police interview process to make sure you do not say anything you don’t have to.

The Police interview is not the place for you to provide your side of the story and hope that Police will leave you alone. We can assist you provide a written statement to Police later on.

One of our lawyers can attend the Police station with you if you feel more comfortable having someone on your side.

If you decide to plead not guilty to a charge of Wilful Damage, you want a lawyer who is going to be pro-active with preparing your case. It is important to know that Police do not look for evidence which helps your case. If they charge you with Wilful Damage, it normally means they believe you did it. Therefore, it is important to act swiftly because there may be people who can provide witness statements or other exonerating evidence that needs to be preserved.

Our lawyers can advise you if the Police evidence is strong in which case you may decide to plead guilty to Wilful Damage. It is also important to know that Wilful Damage is a lesser alternative charge which can be negotiated if you are charged with Criminal Damage. Our lawyers specialize in court appearance work and have conducted many pleas in mitigation for clients charged with Willful Damage. We know what works. 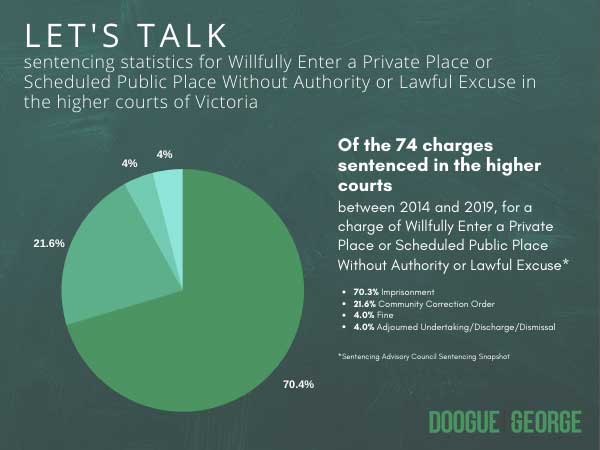 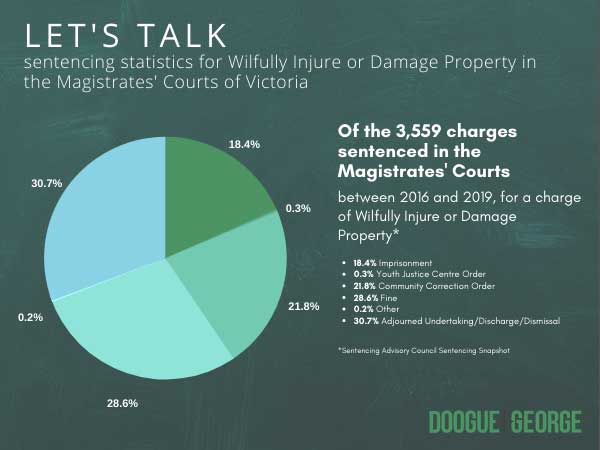 Wilful damage is the sort of offence regularly heard in the Magistrates’ Court.

What is the legal definition of Wilful Damage?

The legislation for this offence can be found on section 9 of Summary Offences Act 1966.

In essence to prove this charge the Police must show that the accused destroyed or damaged the property of a public place or belonging to another person without lawful excuse as listed in the subsections of the legislation.


“Can they prove you damaged someone’s property?”

Defences to this could be that there was lack of intent, a factual dispute or lawful purpose.

Maximum penalty for section 9 of the Summary Offences Act 1966

There is a maximum penalty of 25 penalty units or imprisonment for six months for Wilful Damage (s9 of the Summary Offences Act 1966).

< Back to Damaging Property Offences
< Back to A -Z of Offences