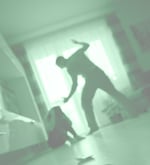 This is a case of family violence resulting in a good behaviour bond without conviction.

Our client was a 28-year old male who appeared before the court for the very first time in his life. He pleaded guilty to recklessly causing injury to his partner and criminal damage in relation to a window which he broke.

The allegation was that he shook his girlfriend and then threw her back onto the bed with such force that she landed on the window sill and had significant bruising to her eye. Images of the bruising were tendered to the court. The incident was considered family violence.

Our client had been in a relationship with his partner for a period of 8 months and they had moved in together. There were significant trust issues between the pair. The argument began as a verbal dispute on the day of the incident however as emotions heightened, the dispute escalated into a physical altercation.

Dee Giannopoulos represented the client at the Melbourne Magistrates’ Court. The charges were:

We advised our client to obtain a significant amount of character references that spoke to his good character. These references, including at least 5 from females who knew him well, were tendered to the Court.

The magistrate accepted that our client was of good character. He commented that if there were women willing to put their names to references to be used in a plea on family violence, this speaks volumes about our client in the community.

His Honour ultimately proceeded to sentence our client to a six-month good behaviour bond without conviction. This is an extremely good penalty for a matter categorised as family violence where injuries were sustained.

Dee is based in our Melbourne office and appears at all Courts in Victoria. Dee’s commitment to her clients and her passion for justice drives her to achieve great results.

Visit Dee’s profile to read more about her background and experience.

DISCLAIMER: This is a real case study of an actual case from our files. Details pertaining to the client have been changed to protect their privacy. The sentence imposed and the charge have not been altered. These case studies are published to demonstrate real outcomes and give an indication of possible tariffs in Court. We do not guarantee a similar case on these charges will get the same result. Please note that we post results at our discretion, therefore while many case studies are average results, others are notable for their exceptional outcomes. PUBLISHED 14/08/2017