Unauthorised Impairment of Electronic Communication is found in section 477.3 of the Commonwealth Criminal Code 1995. It is a criminal offence to cause an unauthorised interference with an electrical communication to or from a computer whilst knowing that said impairment is not authorised.

Have you been accused of Unauthorised Impairment of Electronic Communication? 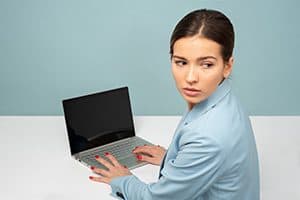 Prior to speaking to police, whether under arrest and in a formal interview, you should always request to speak to a lawyer. Our expert criminal lawyers are available and will provide you with clear and knowledgeable advice about whether to answer questions put to you by police, or whether it is in your best interests to exercise your right to silence and say ‘no comment’ so as not to harm a potential defence later on.

The police interview does not occur in a vacuum. Anything you tell police either during the interview or afterwards can be used against you if they decide it is helpful for their case.

If you deny an allegation of Unauthorised Impairment of Electronic Communication, you should plead ‘not guilty’ and fight the charge. One of our expert criminal lawyers will analyse the police brief of evidence and identify those elements of the offence that police are unable to prove beyond reasonable doubt.

Our lawyers work closely with aptly qualified experts who can shed light on re-constructing what may have occurred.

One of our specialist criminal lawyers will negotiate with prosecutors on your behalf to ensure that not only the charge is made out against you, but that the summary is agreed to. Your lawyer will tell your story to the Court to ensure that you receive the best possible outcome in your particular circumstances. It is important that a Judge know your personal circumstances and why you committed the offence. This insight generally leads to better outcomes.

This is a very serious offence that would be heard in one of the higher courts.

What is the legal definition of Unauthorised Impairment of Electronic Communication (Commonwealth)?

by a person is unauthorised if the person is not entitled to cause that access, modification or impairment.

The legislation for this offence can be found on section 477.3 of Criminal Code Act 1995.

The onus is on the Prosecution to prove the following elements, beyond reasonable doubt:


“Can the Prosecution prove that you did not have authorisation?”

If you have been charged with this offence, you may raise one of the following defences:

You should call us to discuss your case with one of our experienced lawyers if you have been charged. Deciding on whether to plead guilty or not has huge implications for you and should be made after proper discussions with a criminal lawyer.

Maximum penalty for section 477.3 of the Commonwealth Criminal Code 1995

The court may impose a maximum penalty of 10 years imprisonment for Unauthorised Impairment Of Electronic Communication (Commonwealth) (s477.3 of the Commonwealth Criminal Code 1995).