Threats to Sabotage is found in section 247L of the Crimes Act 1958 in Victoria. It is a criminal offence for a person to threaten to damage a public facility by committing a property offence or causing an unauthorised computer function. The threat must have been significant so that the person to whom the threat had been made was in fear that the threat will be acted upon. Threats can be explicit, implicit, conditional, and unconditional. The legislation for this charge further explains that “fear that a threat will be carried out” is the same as “apprehension”.

Have you been accused of Threats to Sabotage? 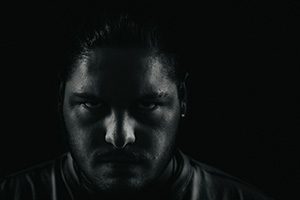 The Police interview is not the time or place for you to tell your side of the story or explain why you did or did not do something. The Police interview is designed to allow them to put their narrative of what they think occurred and to illicit an admission from you. If your explanation of what happened has inconsistencies, the prosecution will highlight this in front of the jury at a trial and rely on this as a sign of your guilt.

Do not attend a Police interview thinking that you can talk your way through this. The Police have already made up their mind that you are responsible for the Threats to Sabotage and will charge you regardless of your responses to their questions.

Due to the seriousness of this type of charge, you must speak with one of our experienced criminal defence lawyers before you engage in an interview.

Our lawyers are experts in Criminal Law and have run many successful jury trials. If you are facing trial for a charge Threat to Sabotage, you want an experienced firm of lawyers on your side protecting you against the State. Our lawyers are highly skilled and know the best course of action for every step of the Court process. Many of our lawyers are accredited criminal law specialists and we have in-house counsel who can represent you in court. They are dedicated cross-examiners and are great at their craft.

A strong plea in mitigation made on your behalf can make a huge difference to the sentence you receive. Our lawyers know what works and doesn’t work in Court. We can make submissions to get the fairest possible outcome. We will work with you to gather supporting documentation. We can help you obtain medical and psychological reports.

It is a very serious charge that is heard in the County Court.

What is the legal definition of Threats to Sabotage?


“Have you been accused of making a threat to sabotage?”


Examples of Threats to Sabotage

The legislation for this offence can be found on section 247L of Crimes Act 1958.

In essence to prove this charge the Prosecution must show that the accused made a threat to another person to damage a public facility by committing a property offence or by causing an unauthorised computer function and the accused intended that the other person would fear that the threat would be carried out and would cause major disruption to government functions or major disruption to the use of services by the public or major economic loss.

Defences to this could be a factual dispute, lack of intent or duress.

Maximum penalty for section 247L of the Crimes Act 1958

The offence of Threats to Sabotage (s247L of the Crimes Act 1958) carries a maximum penalty of level 4 imprisonment (15 years).