In Victoria, the offence of Threats to Inflict Serious Injury is in section 21 of the Crimes Act 1958 Vic and is telling another that you will seriously injure them.

Have you been accused of Threats to Inflict Serious Injury? You should get some confidential legal advice from one of our experienced lawyers as soon as you become aware of this allegation because there may be helpful evidence you need to protect. 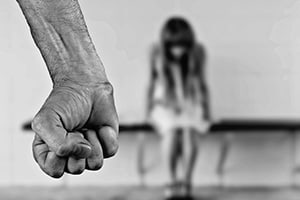 If the Police have asked you to attend the Police station for an interview, you should arrange a conference with one of our lawyers. Our lawyers can advise you about what should be said during a Police interview. You may want to know – should I make a statement to Police? Should I attend a Police interview? Will I help my defence if I explain my side of the story?

It is important to know that anything you tell the Police without legal advice can make running a defence in Court more difficult in Court. Also, Police will only speak with you because they are trying to get information from you which helps their case, not yours.

Our defence lawyers can also attend the Police station with you if you would like help through the interview process.

We are defence lawyers who specialise in defending charges of Intentionally Cause Injury. Make a time to speak with one of lawyers who can create a defence strategy for you.

In a case like this, you want a lawyer who is going to consider –Have the Police done a compete investigation? Are there people who the Police have not spoken to who might help your case? Is there evidence which helps your case which needs to be preserved?

By doing the necessary ground work, it may lead to a charge of Threats to Inflict Serious Injury being withdrawn by Police early or an acquittal.

Our lawyers have represented many people charged with making Threats to Inflict Serious Injury. We take the time to explain the risks of pleading guilty to this charge so you understand the risks, and material that should be gathered so you get the best possible outcome. 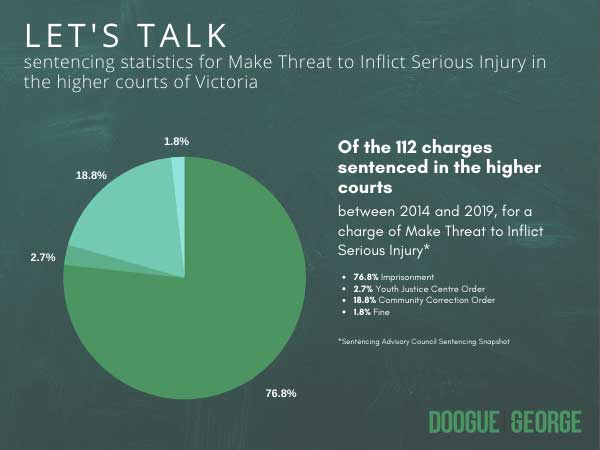 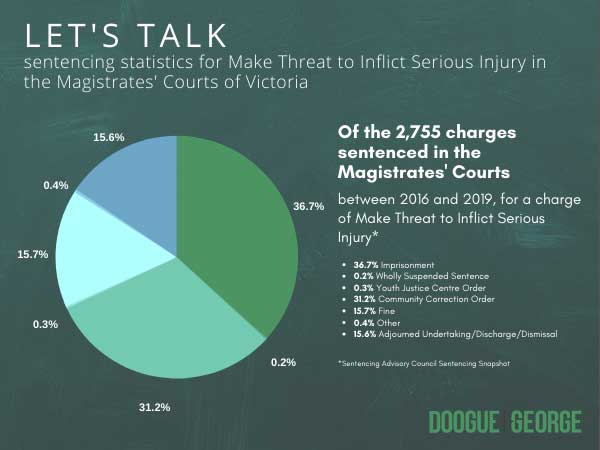 This is the sort of charge regularly heard in the Magistrates’ Court.

While threats may not result in any physical violence, they can still be treated very seriously by the courts, especially in circumstances of ongoing family violence. If you are charged with this offence you should seek advice from a defence lawyer straight away.

The offence of Threats to Inflict Serious Injury arises under section 21 of the Crimes Act 1958.

The offence has the following three elements that the prosecution must prove beyond reasonable doubt:

What are some of the possible defences to Threats to Inflict Serious Injury?

Defences to this charge are normally factual as to what words were exactly said. There are also defences around what intent the words were said with and in what circumstances were they said. Mental impairment and intoxication are also possible defences depending on the circumstances of the alleged offending.

It must be noted that it can be hard to defend this charge if an admission is made that the threatening words were indeed said. This is because it is hard to contradict a person who says “yes I believed it” or to get past the supposition that someone would feel threatened.

The offence of Threats to Inflict Serious Injury (s21 of Crimes Act 1958) has a maximum penalty of level 6 imprisonment (5 years).

Case studies related to the charge of Threats to Inflict Serious Injury: