Threats to Destroy or Damage Property

In Victoria, Threats to Destroy or Damage Property is found in section 198 of the Crimes Act 1958. It is a criminal offence to threaten to damage or to destroy property, to either the owner of the property or to a third person, while intending them to believe it. 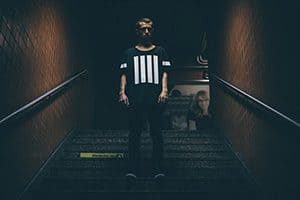 If the Police believe you have made Threats to Destroy or Damage Property, they will contact you to arrange a Police interview. Police officers are trained investigators and their main purpose for interviewing you is to try to gather evidence to build their case against you. Police officers are skilled in asking you questions in a way to make you look like you are not telling the truth. It is for these reasons, that you must get some advice from one of our lawyers about how to handle the interview process before you speak with the Police. There is no such thing as ‘off the record’, anything you tell a Police officer can appear in a statement if the Police think it helps their case.

You will undoubtedly have some important questions such as:

Your defence begins at the very first interaction you have with Police.

If you have been charged with Threats to Destroy or Damage Property, you should get in early to speak with one of our lawyers who can look at the brief of evidence and advise you on your prospects of successfully defending the charge. You want to get in early because there may be time sensitive evidence that needs to be gathered which the Police will overlook. This evidence may undermine the Police case.

The difference our firm offers our clients is that we are pro-active in our approach to representing people. We consider – are there witnesses who the Police have not spoken to? Is there evidence that Police have not gathered? Is there data that needs to be protected?

Our lawyers have achieved many acquittals for people charged with Threats to Destroy or Damage Property.

Our lawyers have represented many people in Court who have decided to plead guilty to Threats to Destroy or Damage Property. The advantage this gives our lawyers is that we know what preparation should be done ahead of Court to get a favourable outcome. Generally speaking, things which lead to a good outcome include:

The key thing we have discovered after decades of experience is that your preparation before Court is the key to a great outcome. When you attend Court with a bundle of material demonstrating the positive steps you have taken in the lead up to Court, you can deal with anything that is thrown at you in Court. 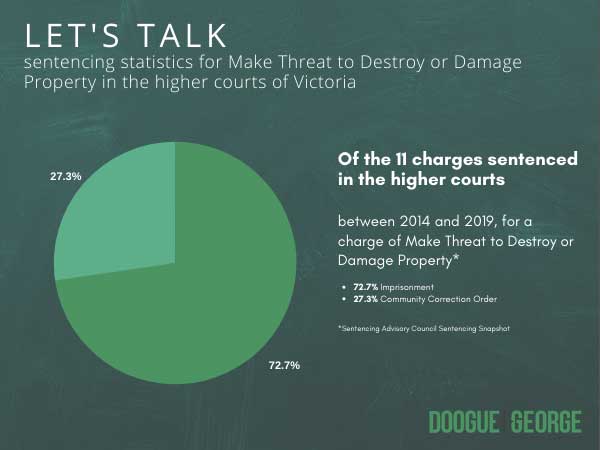 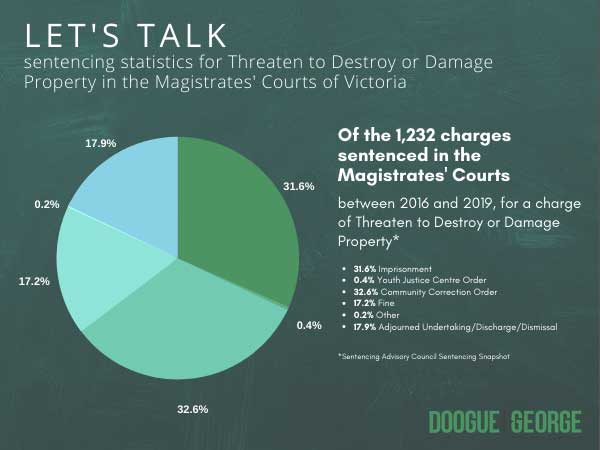 Threats to Destroy or Damage Property is the sort of charge regularly heard in the Magistrates’ Court. That is if the value of the property threatened to be damaged or destroyed is less than $100,000 otherwise the charge will be heard in the County Court.

What is the legal definition of Threats to Destroy or Damage Property?

Section 198 of the Crimes Act provides that the threat must be made without lawful excuse for this offence to be made out. The Free Legal Dictionary defines ‘to destroy’ as to completely ruin a structure beyond the possibility of use.

Examples of Threats to Destroy or Damage Property

The legislation for this offence can be found on section 198 of Crimes Act 1958.

The Police must show that the accused:


“Can the police prove that you intended to endanger another person’s life when you made the threats to damage or destroy their property?”

Possible defences to this charge could be duress, a factual dispute, lack of intent or wrongful identification.

Questions a Judge would ask

If this charge was being determined in the County Court before a judge and jury, the judge may ask the jury:

You should call us to discuss your case with one of our experienced lawyers if you have been charged. Deciding on whether to plead guilty or not while have major implications for you and should be made after proper discussion with a criminal lawyer.

Maximum penalty for section 198 of the Crimes Act 1958

The charge of Threats to Destroy or Damage Property (s198 of the Crimes Act 1958) has a maximum penalty of level 6 imprisonment (5 years).

< Back to Threat Offences
< Back to A -Z of Offences