If you are worried that any evidence heard during your bail application will have an effect on your criminal case then look no further. Under section 7 (1) of the Bail Act 1977, you can apply to the court during your bail application for an order that evidence, information, representations and the reasons of the magistrate or judge not be published. It then becomes an offence to publish any of this information. 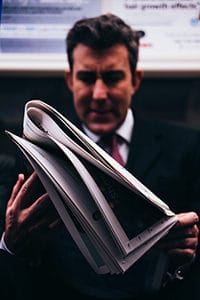 If you have been charged with publishing evidence heard during a bail application, police may want to interview you. Remember that you are not obliged to say anything during a police interview and what you do say can be used against you later on. Being interviewed by police is a stressful experience and you don’t need to go through it alone. We can assist you with advice, and can accompany you to a police interview.

If you are charged with publishing evidence heard during a bail application against a court order and decide to plead guilty it is important to seek legal advice. The courts take any breach of court orders seriously and you will want to have a lawyer put forward your best case to help you get the best possible outcome. We represent our clients during pleas on a daily basis and can assist you if you have been charged with this offence. We will take the time to get to know you, and your story and be able to put your best case forward to the court.

What is the legal definition of Publishing Evidence Heard During a Bail Application in Breach of a Court Order?

The Bail Act 1977 (Vic) does not provide a definition of ‘publish’, this means we must look to the ordinary English meaning of the word. The Oxford English dictionary defines ‘publish’ as to make information generally known by writing, announcing, reading or to make available online.1

The general legal definition of ‘publish’ is to communicate information to a third party.2

To prove this charge, the Prosecution must establish the following elements beyond a reasonable doubt:

As this is a strict liability offence, there are limited defences available. However, the following is a list of some defences:

You should call us to discuss your case with one of our lawyers if you have been charged. Deciding on whether to plead guilty or not has consequences for you and should be made after proper discussion with a criminal lawyer.

The maximum penalty for Publishing Evidence Heard During a Bail Application in Breach of a Court Order (s7(1) of Bail Act 1977) is a fine of 15 penalty units ($2,417.85) or imprisonment for three months.

The maximum penalty is normally reserved for the worst example of offending.