Ophelia Hollway is based in our Melbourne office and regularly appears on behalf of clients in Magistrates’ Courts as well as other metropolitan and regional courts. 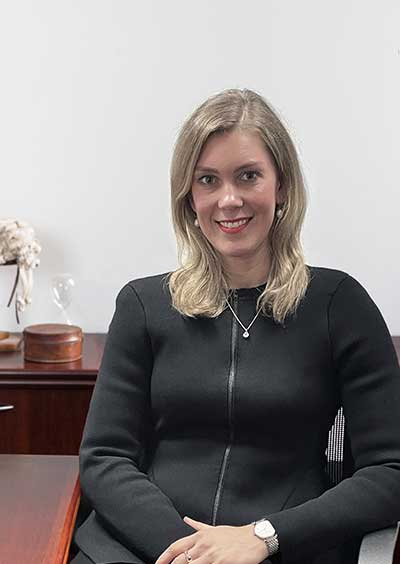 Ophelia was admitted to practice in December 2016 and since then, has worked exclusively in crime and family violence.

Prior to being admitted, Ophelia completed a double-degree in Law and Arts (Behavioural Studies and Criminology) at Monash University before travelling to New Orleans, Louisiana to work on death penalty cases.

During her six months volunteering overseas, Ophelia travelled to regional areas of Louisiana, Mississippi and Florida to assist in the preparation of capital defense cases. Most notably, Ophelia attended and transcribed the Eddie Lee Howard trial in which attorneys from The Innocence Project were attempting to demonstrate the lack of validity surrounding bitemark evidence.

The time spent working for Louisiana Capital Assistance Center (LCAC) on death row was invaluable in exposing Ophelia to high-level advocacy and case preparation, as well as reinforcing her passion for social justice and criminal law.

Upon her return to Australia, Ophelia worked at Melinda Walker Criminal Law and Victoria Legal Aid as a solicitor on both state and commonwealth cases including drug trafficking, armed robbery, sexual offences and others.