In Victoria, Murder is a common law offence. It is considered to be the most serious form of offending that is committed by a person who was found to have caused the death of another person by an intended act or omission.

Have you or someone you know been accused of Murder? 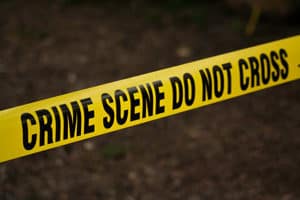 You must expect to be interviewed by Police in relation to an allegation of this kind. Police will undertake extensive investigations and preparation before conducting the interview, and approach the interview process with a clear strategy in mind. The purpose of the interview will be to obtain admissions or contradictory explanations that will be used as evidence against you in future court proceedings. The interview will likely be conducted by experienced Detectives and conducted over one or more occasions.

It is crucial that you obtain appropriate legal advice before participating in an interview. Our lawyers will provide advice about the purpose and procedure of the interview, and ensure you are provided with the opportunity to discuss the matter with a lawyer in a confidential setting before speaking to Police. We recommend you contact our office as soon as possible if you are concerned about being approached to attend an interview in relation to an allegation of Murder.

It is important you understand your legal rights. Lawyers are permitted to attend police interviews. In our experience this is particularly useful in providing our clients with professional support, and also to ensure a proper level of police accountability.

We are experts in representing people alleged to have committed the offence of Murder. Our lawyers frequently represent people in complex criminal trials involving serious indictable offences. Our solicitors work closely with our In House Counsel, and brief senior barristers such as Queen’s Counsel, to ensure our clients are represented by the most experienced practitioners with success in defending charges of this kind.

We will assist you in building a strong defence. We will analyse the investigation conducted by Police, and all of the evidence obtained, to ensure all possible avenues of defence are open to you. We will prioritise you and your case and work hard to defend you. Our lawyers will subpoena material to work out who else the police have tried to blame for the murder.

We frequently appear in super courts in Melbourne and interstate. Our lawyers understand the gravity of a plea of guilty to Murder, and will thoroughly prepare to achieve the most favourable sentencing outcome possible. Our lawyers will take time to understand your perspective and instructions, and gather all relevant material and reports to ensure the sentencing court is fully informed about your life and personal circumstances. We care about our clients and work hard to achieve the best possible sentencing outcomes for pleas of guilty. 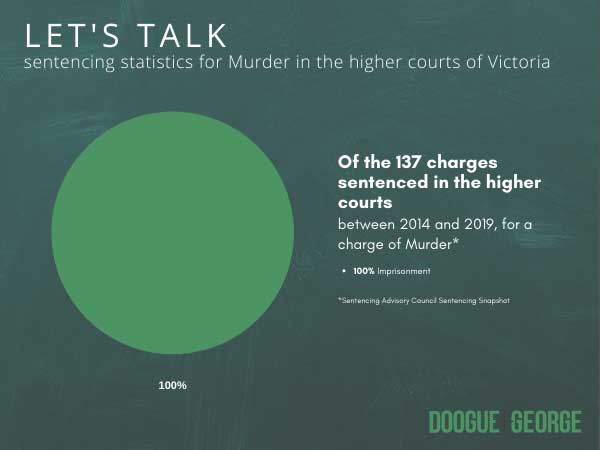 A case of murder is heard in the Supreme Court and almost always results in a term of imprisonment if the accused is found guilty.

Murder is common law offence and, as such, it does not have a specific legislation.

The offence of intentional or reckless murder has three elements which the prosecution must prove beyond reasonable doubt:

Element 1: Act which caused the Victim’s Death
The accused’s acts must have caused the victim’s death.1 That is, their acts must have ‘contributed significantly’ to the death. The act does not need to be the sole cause of death.2

Element 3: Mental States – Intention and Recklessness
The accused does not need to have intended that someone die – it is sufficient if they intended to cause someone really serious injury.

Murder can be committed intentionally or recklessly. To commit an act ‘recklessly’ is to commit that act knowing that someone will probably die or suffer really serious injury.4 The word ‘probable’ means ‘likely to happen’.5

Element 4: Defences to murder
Conduct that would otherwise be murder can be excused by a number of discrete defences, including:

There is also the possibility that the accused has been wrongly identified, or there is a factual dispute.

Statutory murder: Unintentionally killing in furtherance of a violent crime

Under s3A of the Crimes Act 1958, a person who unintentionally causes the death of another person by an act of violence done in the course of a violent crime (which carries at least 10 years imprisonment as a maximum penalty) shall be liable to be convicted of murder.

For example, if you unintentionally kill someone whilst committing an armed robbery, you can be liable for murder. The same above defences apply.

The standard sentence for murder is 25 years, or 30 years if the person murdered was a custodial officer or an emergency worker on duty (section 3 of Crimes Act 1958).

Any offence committed after 1 February 2018 for the offence of Murder will be subject to standard sentencing.

The standard sentence for the offence of Murder is 25 years.

< Back to Murder / Manslaughter Offences
< Back to A -Z of Offences