Manslaughter is a common law offence which falls under 2 categories: (1) Manslaughter by Unlawful and Dangerous Act and (2) Negligent Manslaughter. This charge is committed by a person who caused death to another person without intending to kill them.

Note that for Murders committed before 23 November 2005, the charge may be reduced to Manslaughter on grounds of provocation.

Have you been accused of Manslaughter? 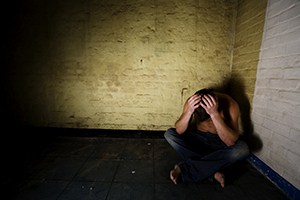 The Police will interview you if they suspect you are guilty of Manslaughter. The Police interview is not the time or place for you to tell your side of the story or explain why you did or did not do something. The Police will have already conducted an investigation and gathered evidence which led them to believe you are responsible for someone’s death. Do not speak with the Police thinking that it is casual chat or that you can explain yourself.

If your explanation of events changes at a later stage the Prosecution will show your police interview to the jury as evidence that you are a liar and an unreliable witness. You must speak with one of our expert defence lawyers as soon as you become aware of an allegation of Manslaughter.

Our lawyers are experts in Criminal Law and are knowledgeable at running trials. If you are facing trial for a charge of Manslaughter, it can be an extremely stressful time. It is important that you engage competent lawyers who know the best strategy to take in defending you against a charge as serious as this.

Many of our lawyers are accredited criminal law specialists and we have in-house counsel who can represent you in court. They have won many Trials through careful cross examination of witnesses. Our lawyers are meticulous in their preparation and will devise a defence strategy for you.

Manslaughter is a serious charge, which will lead to a prison sentence. A strong plea in mitigation made on your behalf can make a huge difference to the sentence you receive. Our lawyers know what how to prepare strong and persuasive pleas in mitigation.

We will work with you to gather supporting material to properly inform the Court. We can help you obtain medical and psychological reports. Our job is to craft all available material into a persuasive narrative that informs the Court about your personal circumstances and the circumstances of your offending. 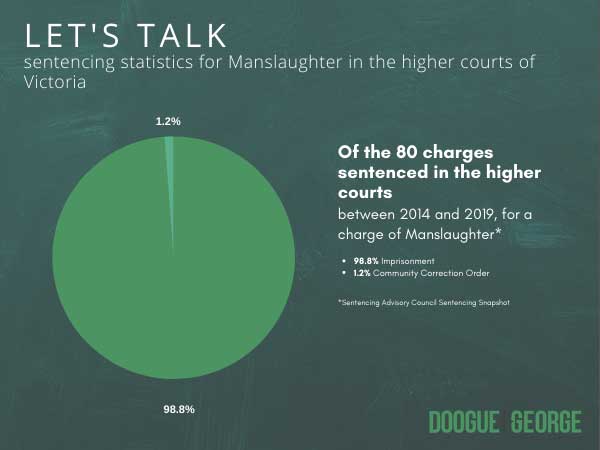 This offence is heard in the Supreme Court and, on occasion, the County Court.1

What is the legal definition of Manslaughter?

To understand how each type of manslaughter functions at law, see the ‘elements of the offence’ section below.

Manslaughter is a common law offence and, as such, it is not written in a piece of legislation. The offence exists due to case law.

For an accused to be found guilty of Manslaughter by Unlawful and Dangerous Act, the prosecution must prove the following four elements beyond reasonable doubt2:


“Did your act cause the victim’s death?”

Ordinarily the offence relied upon to prove unlawfulness will be assault. However, other offences such as attempted assault, robbery, burglary, unlawful administration of drugs and discharging a firearm in a public place have also been used as unlawful acts to support a manslaughter charge.9

An act will not be unlawful if the accused has a defence to the relevant offence.10 The prosecution is required to prove all the elements of the offence that they allege make the accused’s act unlawful.11</sup

‘Serious injury’ is an ordinary English term for a jury to determine. The statutory definition of ‘serious injury’ does not apply to manslaughter as it is a common law offence.14</sup

A single punch or strike delivered to a person’s head or neck that results in an injury to the head or neck is taken to be a dangerous act.15

For an accused to be found guilty of Negligent Manslaughter, the prosecution must prove the following elements beyond reasonable doubt16:

Duty of care is a complex legal principle that can arise in different scenarios. Some of the situations where an accused will owe a duty of care are:

The extent of the duty of care will depend on the circumstances.

The nature of the duty of care may be relevant when determining the seriousness of the breach.26

The jury may take into account the victim’s conduct when determining whether the accused has breached their duty of care by criminal negligence.28

An accused may be found guilty of manslaughter as an alternative to murder if the jury is satisfied that the prosecution has proven that the accused is guilty of murder beyond reasonable doubt; and the defence has proven, on the balance of probabilities, that the accused caused the death of the victim pursuant to a suicide pact.32

To prove that the accused caused the victim’s death pursuant to a suicide pact, the defence must prove the following elements on the balance of probabilities33:

An agreement the purpose of which is the death of all parties will be a suicide pact, regardless of whether each party to the agreement is to take their own life.34

The accused bears the onus of proof that they killed the victim pursuant to a suicide pact.36

Defences to this charge will ordinarily turn on some element of the offence not being made out. The elements for manslaughter are different for ‘Manslaughter by Unlawful and Dangerous Act’ and ‘Negligent Manslaughter’.

Defences: Manslaughter by Unlawful and Dangerous Act
Defences: Negligent Manslaughter
Other defences to both types of manslaughter include duress and self-defence.38

The maximum penalty for manslaughter is 20 years imprisonment.39

Manslaughter is a Category 2 offence under the Sentencing Act 1991.41 As such, the court must sentence an offender to a term of imprisonment if the offender is found guilty.42 The only time the court is not required to impose a sentence of imprisonment for manslaughter is if the offender has assisted or given an undertaking to assist, after sentencing, law enforcement authorities in the investigation or prosecution of an offence.43

Manslaughter is a very serious offence that will ordinarily result in a term of imprisonment if you are found guilty.

< Back to Murder / Manslaughter Offences
< Back to A -Z of Offences