In Victoria, the offence of Indemnifying a Surety is in section 31 of the Bail Act 1977, and is where a person on bail pays their surety back the amount they paid to secure the accused’s bail. It is common for both the person on bail and the surety to be charged with this offence. 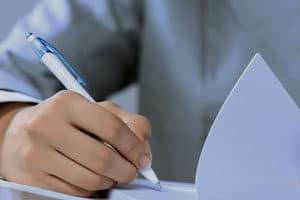 Our experienced lawyers can represent you in Court to oppose an application by Police to revoke your bail.

Before you speak with the Police about an allegation of Indemnifying a Surety, you should contact one of our lawyers. You will have important questions such as:

Our lawyers can speak with the Police about their intention to revoke bail.

Our lawyers can also prepare your case ready to re-apply for bail.

If you deny the charge of Indemnifying a Surety, you should speak with one our lawyers. There may be evidence which helps your defence that must be gathered and preserved.

Our experienced lawyers can assist you in developing a plea strategy for all charges.

This offence would normally be heard in the Magistrates’ Court.

What is the legal definition of Indemnifying Surety?

The Prosecution must show that the accused offered to cover the costs for another person to act as a surety.

The section that covers this offence is section 31 of the Bail Act 1977.1

The Prosecution must prove the following elements for an accused to be found guilty of this offence:

“Can the Prosecution prove that you intended to indemnify the accused?”

The maximum penalty for Indemnifying Surety (s31 of the Bail Act 1977) is a fine of 15 penalty units or imprisonment for three months.

If found guilty of this offence and the person does not answer bail, you may receive a jail term.