In Victoria, the offence of Failing to Answer Bail is in section 30 of the Bail Act 1977, which is failing to surrender to Court whilst on bail.

Are you accused of Failing to Answer Bail? Speak with one of experienced lawyers who can assist you with arranging to have the arrest warrant issued and for you to be bailed to a new Court date. It may be that you had a good reason for missing Court and this can be discussed with the Police. 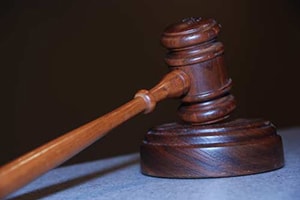 Before attending the Police station to be interviewed for Failing to Answer Bail, you should receive legal advice. It is always best to arrange a time with Police for you to attend the station to execute the warrant. This will demonstrate to the Police that you are not intentionally avoiding Court.

You may want to know if the Police will remand you, which is why it is important to speak with one of our lawyers first.

Our lawyers can also be ready on-call to conduct a bail application on your behalf if the Police refuse to re-bail you to a new Court date. 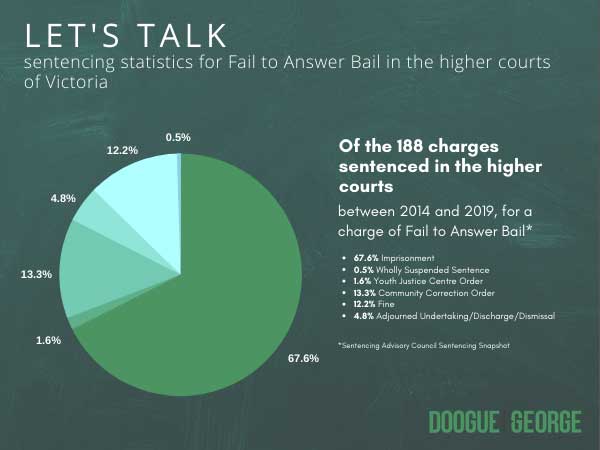 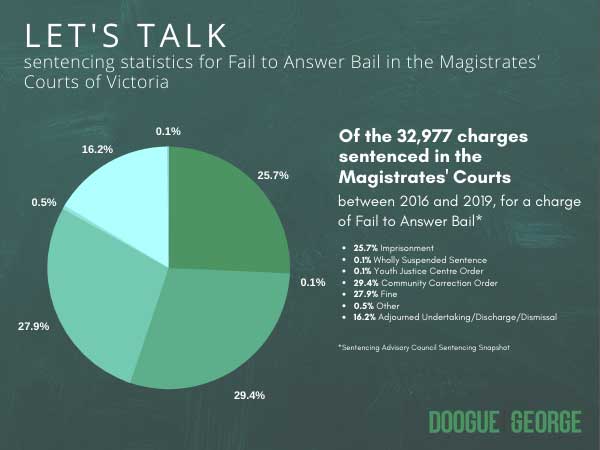 This is a summary charge which means that it will generally be heard in the Magistrates’ Court.

Examples of Failure to Answer Bail

What is the legal definition of Failure to Answer Bail?

Failure of a person released on bail, without reasonable excuse, to attend in accordance with his or her undertaking of bail and to surrender himself or herself into custody.

The section that covers this offence is section 30 of the Bail Act 1977.1

For an accused to be proven guilty of this charge, the following elements must be established in court:

Failure to do so would mean that the accused is not guilty of the offence.

It is not a defence that you forgot, unless there is a medical emergency.

Maximum penalty for section 30 of the Bail Act 1977

You will most likely get a fine or a Community Corrections Order if you are found guilty. However if you have previously been convicted of this offence you may receive a prison sentence.