Driving While Licence Suspended Under Infringements Act 2006 is found in section 30AA of the Road Safety Act 1986. It is a criminal offence that is committed by a person who drives a motor vehicle on a public roadway with a suspended driver’s licence due to non-payment of fines.

Have you been accused of Driving While Licence Suspended Under Infringements Act 2006? 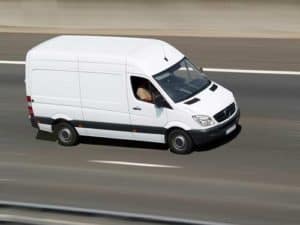 The police will conduct a field interview if they suspect you are driving with a suspended driver’s licence. That is an interview on the side of the road. Anything you tell the police during the interview will appear in the police brief even though it is not audio visually recorded. These days, a lot of police officers wear body worn camera footage and will record their conversation with you. It is important that you behave appropriately because they may play it in court if you don’t.

You should take the opportunity to call a lawyer before you are interviewed to get some advice on which questions you must answer. Our lawyers are available to take your call.

You may decide to contest this charge because of a factual dispute or because of an honest and reasonable mistake as to a fact. Whatever your explanation for driving while suspended, one of our lawyers will take the time to listen to your instructions and advise you of the merits of running the defence.

One of our lawyers can represent in Court at the contested hearing, which is where evidence will be called. Our lawyers are meticulous in their approach and will ensure you get the best representation.

If you decide to plead guilty because you accept that your drove while your driver’s licence was suspended, one of our lawyers can represent you at your plea hearing. Some people find it daunting to stand up in Court and speak to a Magistrate. Our lawyers have dedicated their careers to standing up for people in Court and have achieved great outcomes for people in the past. 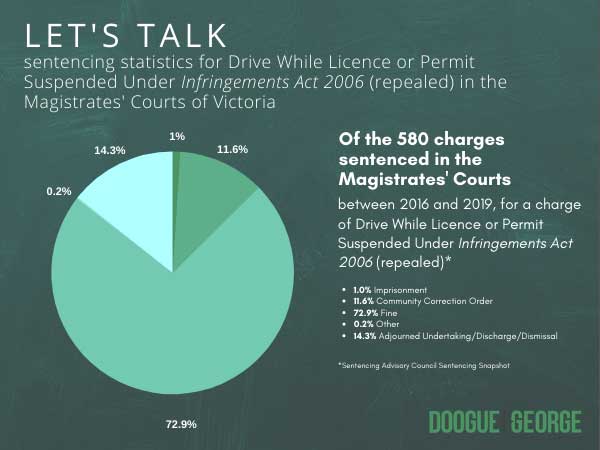 Examples of Driving while Licence Suspended Under Infringements Act 2006

The maximum penalty for Driving while Licence Suspended Under Infringements Act 2006 (s30AA of the Road Safety Act 1986) is a fine of 10 penalty units.

This driving is the sort of charge heard in the Magistrates’ Court.

What is the legal definition of Driving While Exceeding the Prescribed Concentration of Alcohol (Section 49.1.B)?

Driving a motor vehicle on a highway while your licence is suspended under the Infringements Act.

The section that covers this offence is section 30AA of the Road Safety Act 1986.


“Did you drive while your licence was suspended?”