Dishonestly Obtain a Financial Advantage (Centrelink Fraud) is found in section 135.2 of the Criminal Code Act 1995. It is committed by a person who was found to have engaged in a conduct that resulted in them obtaining a financial advantage from a Commonwealth entity even though the person knew that they were not eligible to the said financial advantage.

Have you been accused of Dishonestly Obtain a Financial Advantage (Centrelink Fraud)? 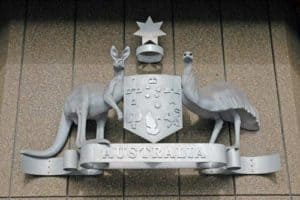 Allegations of financial crimes are serious. Therefore, before you speak with a Centrelink investigator or offering any information, we recommend you contact our office to discuss the purpose and procedure of the interview. This will help you decide how to best approach the interview and if you want to attend.

An investigator will want to conduct an interview with you because they suspect you have committed the offence of Dishonestly Obtain a Financial Advantage and hope you will make admissions which will assist in an investigation or prosecution of the charge against you. They would have already conducted an investigation and have material they think is helpful to their case.

Our lawyers regularly attend interviews for these types of matters. It is our experience that people feel comfortable attending with someone present to represent their interests, and to ensure the investigator conduct the process in a proper and appropriate way.

We have significant experience in representing people charged with Dishonestly Obtain a Financial Advantage. We assist our clients in building a defence that will show the Court they are not guilty of the offence. We are able to navigate the sophisticated and voluminous briefs of evidence that often accompany charges of this kind, and closely analyse the case prosecution has brought against you.

If you are choosing to plead guilty to Dishonestly Obtain a Financial Advantage, we will assist you in securing the most favourable outcome in the circumstances. We will also carefully assess the brief of evidence and negotiate the summary of agreed facts to reflect your version of what happened. We will gather all relevant and useful material, such as references and reports, to persuade the court to impose a sentence that is just, fair and appropriate. Our lawyers are sure to advise you of any restitution claims prosecution may make. 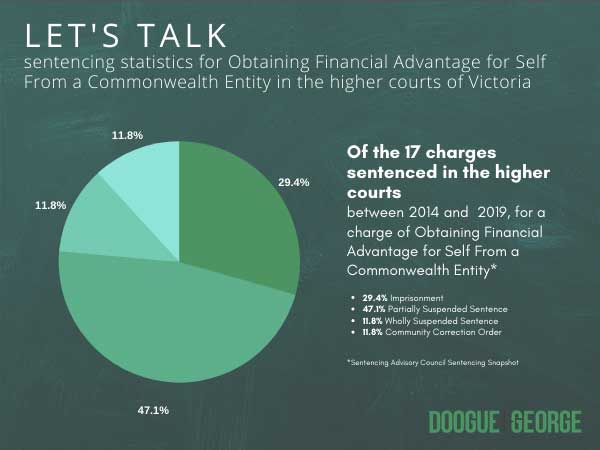 This offence is the sort of charge regularly heard in the Magistrates’ Court. However if the amount owed exceeds more than $100,000, then a case will be heard in the County Court.

What is the legal definition of Dishonestly Obtain a Financial Advantage (Centrelink Fraud)?

The section that covers this offence is section 135.2 of the Criminal Code Act 1995.1

The following elements must be proven in court for an accused to be found guilty of this charge:

“Did you lie to Centrelink?”


Questions that a Judge May Ask a Jury to Consider

A Judge presiding over this matter would ask the jury to consider two things:


‘A claim of right does not require belief in the accused in the right to obtain the property by the deception or by the particular deception employed. It is the obtaining that the Crown must prove was done dishonestly, not the practicing of the deception’.
Ultimately, the jury must look at the surrounding circumstances to decide if the accused acted dishonestly.


“Can the Prosecution prove that the accused was dishonest?”

The maximum penalty for the offence of (s135.2 of the Criminal Code Act 1995) is imprisonment for 12 months.

With Centrelink cases it depends on how much money is involved and for how long the money was received. In serious cases you may face imprisonment.