Have you been accused of Breach Community Correction Order? 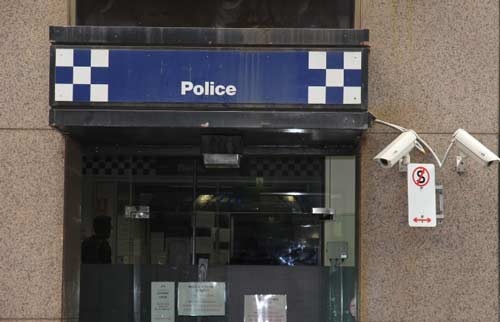 If you have received a summons for an offence Breaching a Corrections Order, you may contest this allegation if you disagree with it. Normally, Corrections will charge people with Breaching their Corrections Order because of non-compliance with the conditions of the order such as failing to attend supervision or unpaid community or because of further offending.

You may subpoena the Correction worker’s file notes to look for any inconsistencies with your notes about attending appointments. Or you may have a valid reason for not attending community work such as being prevented from completing the work by injury or illness.

Contact one of our expert defence lawyers if you have been charged with Breaching a Corrections Order and we can offer you some legal advice.

Depending on the severity of the breaches and your previous performance on Correction Orders, you may be at risk of a term of imprisonment for a further breach. You should contact one of our experienced defence lawyers who can advise you of the things you should prioritise doing prior to Court to try to avoid a custodial sentence. Our lawyers appear in Court daily and know how to make persuasive submissions. Our lawyers can also give you realistic advice about the penalty you are facing. 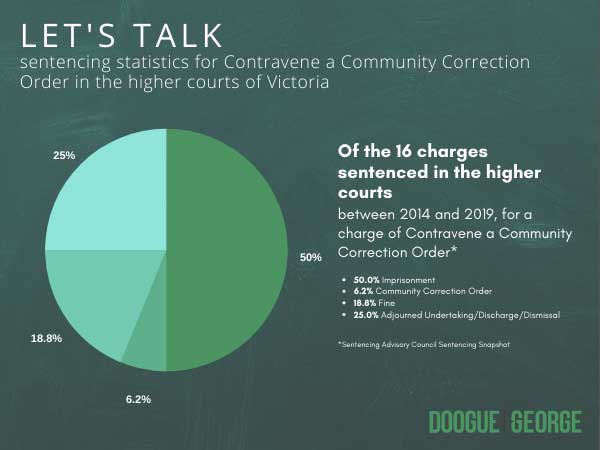 Breach of Community Correction Order is heard in the Court that made the Order.

Our client had already breached a Community Correction Order, and head been warned that if he breached again he would be sent to jail. He failed to comply with any of the conditions of the order, which included supervision, drug testing and counselling, and offending behaviour programs. The Magistrate agreed with our lawyer that a term of imprisonment would hinder our client’s attempts to get his life on track and so did not give him a gaol term.

What is the legal definition of Breach of Community Correction Order?

The section that covers this offence is section 83AD of the Sentencing Act 1991.

The prosecution must prove the following elements beyond reasonable doubt to establish that a person is guilty of Breach Community Corrections Order:

A CCO is a sentence available to the courts. Subject to any specific provision relating to an offence, a court may order an offender to complete a CCO if the offender is found guilty to an offence punishable by more than 5 penalty units, the court has received a pre-sentence report (if required) and the offender consents to the order.1

The purpose of a CCO is to provide a community-based sentence available for a wide range of offending behaviour.2 All CCOs contain standard conditions relating to not committing further offences punishable by imprisonment, reporting and general compliance.3 CCOs may also contain specific conditions tailored to individual offenders which offenders must abide for the duration of the order or complete before the order expires, such as unpaid community work or mandatory rehabilitation.4

CCO’s last for an amount of time fixed by the court. In cases where the order is made by the Magistrates’ Court, the maximum duration of a CCO is:

Where a CCO is made by the County Court or the Supreme Court in respect to one or more offence, the maximum duration of a CCO is 5 years.8

A CCO must commence no later than three months after the court makes the order,9 unless an offender is sentenced to a CCO in combination with a term of imprisonment. In these cases, the CCO will commence upon their release from custody.10

Another common way offenders breach CCOs is by committing further offences punishable by a term of imprisonment.

An example of a reasonable excuse for contravening a CCO is a medical condition that has arisen during the order. An accused may for example suffer a debilitating back injury preventing them from engaging in community work, making it impossible for them to complete their mandatory unpaid community work hours before the order expires.

In these circumstances, the accused must provide their Corrections worker some evidence to substantiate the excuse, such as a doctor’s letter specifying that they cannot undertake community work.


“Do you have a reasonable excuse for contravening your CCO?”

“Is there some misunderstanding with Corrections?”

Maximum penalty for section 83AD of the Sentencing Act 1991

< Back to Breaching Offences
< Back to A -Z of Offences