The offence of Arson Causing Death is found in section 197A of the Crimes Act 1958 in Victoria. It is committed by a person who committed an arson which caused the death of another person.

Have you been accused of Arson Causing Death?

You should get legal advice from one of our lawyers before you attend a Police interview in relation to Arson Causing Death. This is a serious charge which may lead to a term of imprisonment if handled poorly. 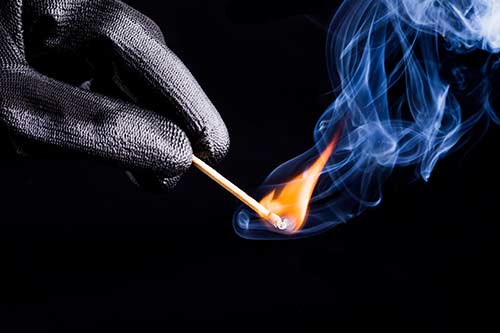 The Police are hoping to get admissions from you regarding the offending and to strengthen their case against you. They are not interested in hearing your explanation unless you are providing admissions. It is a very rare that anything you say will help your case. The Police ask questions in a way to make you seem like you are lying even though you are telling the truth. This interview will then be played in front of a jury at your trial.

If you deny committing an Arson Causing Death, you will take your matter to trial. We can look through your brief and identify gaps in the Prosecution case and engage relevant experts to help your defence. We can advise you of possible defences to the charges. We can listen to your instructions about the alleged offending and advise you how to go about defending the allegations.

Our lawyers take the time to carefully listen to your personal instructions. Our lawyers are trained advocates and will explain to the court the unique circumstances of your offending and your personal circumstances so that the Court is aware of who they are sentencing not just what they have done. We can help you obtain mitigatory material including psychological reports and character references.

Our client’s daughter had set fire to the former family home, then became trapped inside the burning premises and died as a result of the fire. The prosecution alleged our client had been involved in a joint criminal enterprise with her daughter to commit the arson. They argued that our client had purchased fuel for the fire, driven her daughter to the house, and had then waited in the back streets while her daughter lit the fire. Our client was acquitted of the charge as she was not guilty at all. She loved her daughter and did not want a fire started.

Maximum penalty and court that deals with Arson Causing Death

The maximum penalty for Arson Causing Death (s197A of the Crimes Act 1958) is level 2 imprisonment (25 years).

The offence is usually heard in the County Court. Although in a bushfire type arson, the Court might decide that the Supreme Court is the appropriate jurisdiction to hear these charges.

Arson Causing Death is a very serious offence that will normally mean that you will serve a prison term if you are found guilty.

The section that covers this offence is section 197A of the Crimes Act 1958.

What is the legal definition of Arson Causing Death?

To prove arson Causing Death the Prosecution must first prove that someone deliberately destroyed or damaged another’s property with fire. They must then prove that the fire caused a person’s death.


“Was there an intention to start the fire?”