In Victoria, Abortion is found in section 65 of the Crimes Act 1958. It is a criminal offence that is committed by an unqualified person who has performed an abortion, or by a person who has aborted their own pregnancy.

Have you been accused of Abortion? Contact an abortion charges lawyer as soon as possible and get expert legal advice.

The purpose of the police interview from the prosecution’s perspective is to elicit admissions from you that prove you either performed an abortion without holding the requisite qualifications or you aborted your own pregnancy without formal medical assistance. 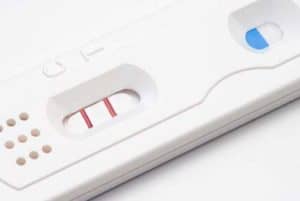 It is extremely important prior to interview to engage an abortion charges lawyer as soon as you become aware that police want to interview you so that you receive the correct information about what you should or should not be saying to police about the circumstances. Each case comes with a different set of facts and therefore a different approach, so it is beneficial to seek the opinion of a criminal law specialist about how you should approach the interview. Our lawyers can also advise you of what to expect so you are not caught off guard by the interview process.

Our lawyers regularly attend Police interviews with clients to make sure our clients do not say anything they shouldn’t. You may find it comforting having someone their on your side looking after your best interest.

Conducting an illegal abortion or performing one on yourself is considered a serious offence, so it is important to seek legal advice early in order for you to be made aware of the ways in which you could successfully contest the charge. Our lawyers approach contested hearings pro-actively and look for evidence which the police may have over looked. Our lawyers will consider the following questions:

In cases in which women have performed their own abortions, there are often surrounding circumstances that go a long way to explain the reasoning behind the act. These explanations are crucial in telling the Court about why you might’ve felt pressured to abort your baby, for example in cases of sexual assault or unwanted pregnancy. The Court puts great weight on the background to offending, so it is important you engage a lawyer who knows what is and isn’t helpful in presenting your plea of guilty.

If you decide to plead guilty to performing an illegal Abortion, our abortion charges lawyer can advise you what the best approach is to get the best possible outcome in Court. Your plea hearing may be the single most important event in your life and you should not leave it to chance.

There are other possible defences depending on the circumstances surrounding the alleged offending. An abortion charges lawyer knows that each matter is unique and requires an individual approach and strategy.

This type of offence is generally heard in the County Court.

The section that covers this offence is section 65 of the Crimes Act 1958.

What is the legal definition of Abortion?

If a person is less than 24 weeks pregnant, an abortion is illegal in two basic circumstances. The first is when it is performed by an ‘unqualified’ person: a person who is not a qualified medical practitioner, a pharmacist, or a nurse. The second is when someone intentionally terminates their own pregnancy.


“Was the abortion necessary to save someone from serious illness?”

There is a maximum penalty of level 6 imprisonment (10 years) for an Illegal Abortion.

Illegal Abortion is a very serious offence that will normally mean that you will serve a prison term if you are found guilty of being an unqualified person performing an abortion to another.

Performing an abortion on yourself is likely to be considered less serious, and may result in a range of sentences from a Without Conviction Order to a Community Corrections Order.

< Back to Homicide Offences
< Back to A -Z of Offences