Home » Drugs » Use of a Drug of Dependence

Use of a Drug of Dependence

In Victoria, Use of a Drug of Dependence is found in section 75 of the Drugs, Poisons and Controlled Substances Act 1981. It is a criminal offence that is committed by a person who uses or attempts to use a drug of dependence without a lawful excuse to do so.

Have you been accused of Use of a Drug of Dependence? If so, you should contact us to speak with one our lawyers who can help you get a great outcome. In certain circumstances, it is possible to ask the Police to recommend you participate on the Criminal Justice Diversion Program (‘Diversion’). This will mean you can walk away from Court without a finding of guilt being recorded against your name. 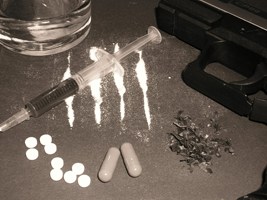 The starting point is that the Police do not interview you in a search for the truth. They believe you have committed an offence and they are just trying to get admissions or information to prove their belief. Do not be under any misapprehensions, the Police are not on your side.

If you feel that you will become overwhelmed during the Police interview, you should think about having one of our lawyers attend the Police station with you to sit in on the interview.

If you decide to plead guilty, it is best to speak with one of our lawyers first because we can speak to Police about recommending you for Diversion. This is a fantastic outcome because a finding of guilt for drug offences can affect your employment.

Our lawyers have enormous experience in dealing with drug charges, particular on Use a Drug of Dependence. We have a long track record of achieving great outcomes. 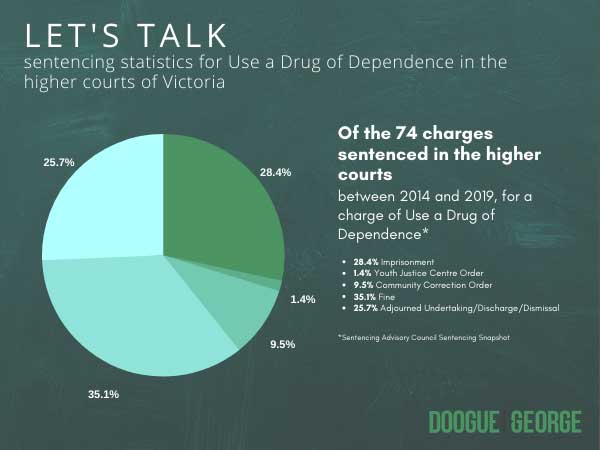 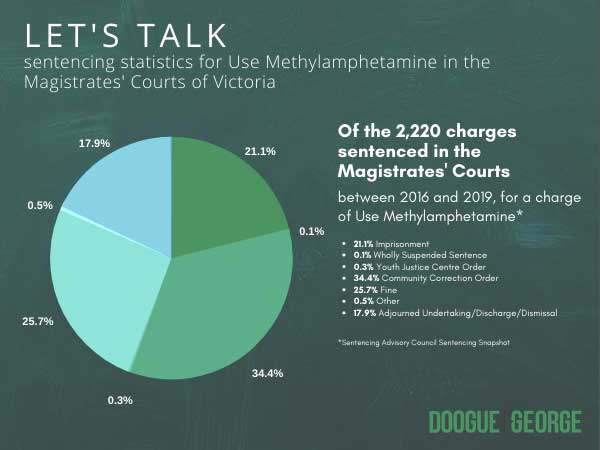 Penalty and sentencing for section 75 of the Drugs, Poisons and Controlled Substances Act 1981

The maximum penalty for Use a Drug of Dependence (s75 of the Drugs, Poisons and Controlled Substances Act 1981) is a $4,757.10 fine or 1 year imprisonment, or both.

View Schedule 11 of the Drugs Act.

Further, unusable portions of a drug (such as the stems, roots and stalks of the cannabis plant) are still considered to be drugs of dependence, so long as they fit within the definition specified by section 4.

An example of when this element of the offence would be made out is if a person makes admissions to using a drug of dependence in a police interview.

Case studies related to the charge of Use of a drug of dependence: