Trafficking in a Drug or Drugs of Dependence (Commercial Quantity)

Trafficking in a Commercial Quantity of a Drug or Drugs of Dependence is found in section 71AA of the Drugs, Poisons and Controlled Substances Act 1981. It is a criminal offence that is committed by a person who trafficked or attempted to traffick in a drug of dependence in a commercial quantity.

Have you been accused of Trafficking in a Drug or Drugs of Dependence (Commercial Quantity)? This is a serious allegation which will result in a term of imprisonment if proven. You must obtain legal advice as soon as you become aware of this allegation to avoid saying something to police which may prejudice your defence in Court. Our defence lawyers have successfully represented many people accused of Trafficking a Commercial Quantity of a Drug of Dependence. 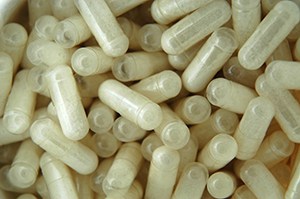 The police interview is an important part of the police investigation in to you. They police will only interview you if they suspect you have committed this offence. The police interview is not the time or place where you tell your side of the story and hope that you clear everything up. Police officers are trained to ask questions in a way which exposes inconsistencies in your story, even where you are telling the truth.

It is worth remembering that you can always give evidence or provide a statement at a later date after you have had an opportunity to review the full brief of evidence. This will be a decision that you can make after receiving advice from your lawyer.

You may have one of our lawyers sit in on the police interview with you if you prefer. It is always comforting to have someone there on your side looking after your interests.

If you decide to plead not guilty to a charge of Trafficking a Commercial Quantity of Drugs, your matter will go to a trial in the County Court. Our lawyers have decades of experience running trials and know how to prepare a strategy that will increase your chances of an acquittal.

Our lawyers are dedicated to their clients’ cases and critically evaluate the police brief. Our firm has experienced in-house counsel who can get involved in our case from the beginning to work with your lawyer.

If you decide to plead guilty because the police evidence against you is strong, our lawyers will prepare a plea strategy for you to get the best possible outcome in Court. This will include gathering character references, obtaining a psychological report, drafting considered written submissions.

Our lawyers will take the time to listen to you and explain your story to the Judge with the aim of reducing your penalty. 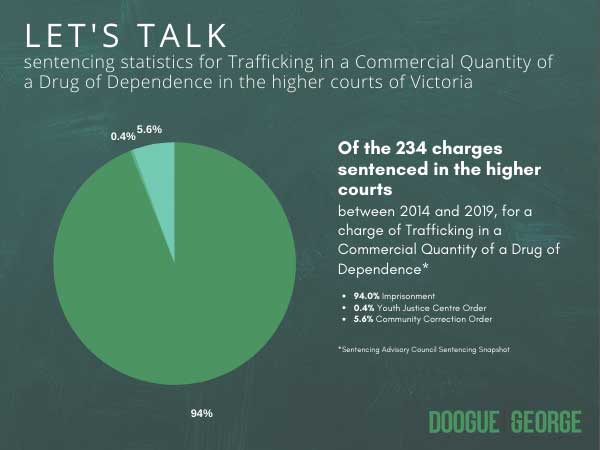 The charge of Trafficking in a Drug or Drugs of Dependence – Commercial Quantity (s71AA of the Drugs, Poisons and Controlled Substances Act 1981) has a maximum penalty of 25 years imprisonment.

Trafficking in a drug or drugs of dependence in a commercial quantity is a very serious offence that will normally result in gaol time if you are found guilty. The higher courts have on several occasions said that a lengthy gaol term should be the starting point for judges sentencing for this charge.

There is a presumption against getting bail for this charge that means that the court will lock you up unless they believe there are exceptional circumstances that mean you should be released on bail.

The law surrounding this simple proposition can be very complex. Given the complexity of drug law, you should ring us and discuss your case if you have been charged.

Case studies related to the charge of Trafficking in a Drug or Drugs of Dependence (Commercial Quantity):

You may also visit this page to view sentencing decisions by Victorian County Courts for the offence of Trafficking in a Drug or Drugs of Dependence – Commercial Quantity.