Home » Drugs » Trafficking in a Drug of Dependence to a Child

Trafficking in a Drug of Dependence to a Child

Have you been accused of Trafficking in a Drug of Dependence to a Child? 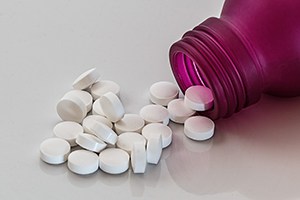 The police will interview you if they suspect you have committed the offence of Trafficking in a Drug of Dependence to a Child. Anything you tell police before, during or after the interview can be used by prosecutors against you in Court. They will play your interview to the jury if they think it is helpful to their case.

While you cannot avoid a police interview, you can and should seek advice from an experienced criminal lawyer before speaking to police to make sure you know your rights. Your criminal lawyer will explain to you why you should say ‘no comment’ to protect your position, rather than trying to talk yourself out of the situation or being untruthful in your answers which will make your situation worse and can potentially harm your defence.

Alternatively, your lawyer will let you know whether, in your very particular circumstances, it would be in your best interests to honestly answer all questions. This requires a careful forensic decision to be made by one of our experienced criminal defence lawyers.

Taking your charge of Trafficking in a Drug of Dependence to a Child will mean your matter will go before a jury to determine your guilt. One of our experienced defence lawyers can prepare a defence strategy for you to increase your chances of an acquittal or the charge being withdrawn by prosecutors. We have in-house counsel who are expert cross-examiners who can get involved in a matter from the beginning.

Our lawyers are skilled at analysing the evidence and will provide you with expert legal advice about how to best prepare and successfully run your case.

You may agree to Trafficking in a Drug of Dependence to a Child and you have decided to plead guilty to the charge at Court. This is a serious offence and you must receive expert legal advice before you look yourself into a position you can’t get out of.

One of our experienced criminal lawyer will carefully listen to you to fully understand your story. Your lawyer will then thoroughly prepare your case with the appropriate supporting materials and assist you to achieve the best possible outcome.

The range of behaviour covered by a trafficking charge can be quite wide and so, inevitably, will be the sentencing range open to a magistrate or judge.

Examples of Trafficking in a Drug of Dependence to a Child

What is the legal definition of Trafficking in a Drug of Dependence to a Child?

The Drugs, Poisons and Controlled Substances Act 1981 (Vic) defines trafficking as any of the following:

A child has the ordinary meaning of someone under the age of 18 years of age.


“Can the Prosecution prove that you exchanged a drug of dependence for something else or money?”

The law for this offence can be found on section 71AB of the Drugs, Poisons and Controlled Substances Act 1981.

Questions that a Judge will ask the jury to consider

To prove this offence the prosecution must show that the accused intentionally trafficked or attempted to traffick in a drug of dependence to a child (a person under 18 years of age).

The law surrounding this simple proposition can be very complex. As an example, a person can be found guilty of trafficking even though they did not know that the substance being trafficked to a child was a drug of dependence. It is also the sort of charge where a person who has brought an amount to share amongst their friends can be found guilty even when there was no intention to profit from the transaction.

Given the complexity of drug law you should ring us and discuss your case if you have been charged.

The difference from supplying a drug to a child and trafficking to them is that trafficking is more serious as it involves a commercial element (i.e. the accused is profiting from their behaviour).

Maximum penalty for section 71AB of the Drugs, Poisons and Controlled Substances Act 1981

The maximum penalty for Trafficking in a Drug of Dependence to a Child (s71AB of the Drugs, Poisons and Controlled Substances Act 1981) is 20 years imprisonment.

This charge has a maximum penalty of 20 years imprisonment.

If a person trafficks or attempts to traffick in a drug of dependence to a child at a school or in a public place within 500 metres of a school, the maximum penalty is 25 years imprisonment.


< Back to Drug Offences
< Back to A -Z of Offences