Have you been accused of Theft (Commonwealth)? 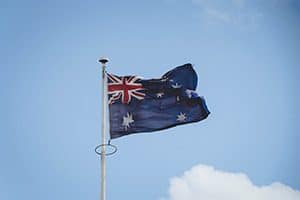 If you have been contacted by police to attend an interview in relation to Theft (Commonwealth), we recommend seeking legal advice before you go. It’s important that you know what you should and shouldn’t say in a police interview.

Each case has a unique set of circumstances and your lawyer will consider the facts from your case. The Police interview is not your only opportunity to explain your side of the side of the story. Don’t feel compelled to answer questions put to you by Police.

If the Police want to speak with you about an allegation of Theft (Commonwealth), speak with one of our experienced lawyers first. Anything you tell the Police can be used against you later on, so preparation is key.

A charge for Commonwealth Theft can be heard in the Magistrates’ Court. If the value of the property alleged to have been stolen is over $100,000.00, the charge may be heard in the County Court or Supreme Court.

If you decide to plead guilty to Theft (Commonwealth), our lawyers can represent you on a plea of guilty to get the best possible outcome in Court. The role of the lawyer will be to convince the Magistrate or Judge that they should impose the lowest possible penalty.

Our lawyers will add value to your plea of guilty to Theft by preparing your case well before Court and ensuring that you understand the process ahead. 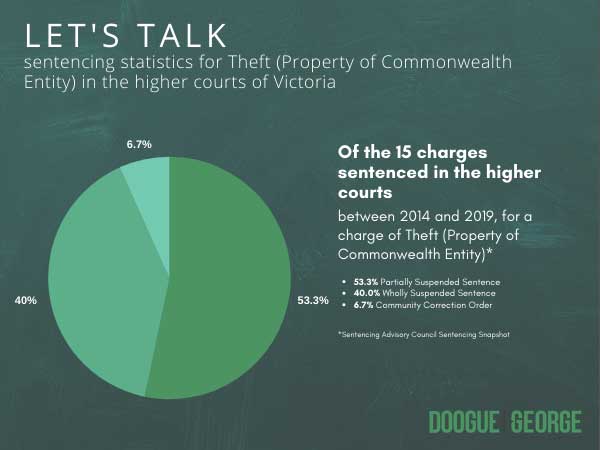 What is the legal definition of Theft – Commonwealth?

The relevant legislative provision for this offence is section 131.1 of Criminal Code Act 1995 (Cth) (the Act).

To prove this offence, the prosecution must establish beyond reasonable doubt that the accused:

‘Dishonest’ means dishonest according to the standards of ordinary people.1 This means that whether the appropriation of property is dishonest is evaluated objectively, not with reference to the accused’s state of the mind.

The appropriation of property will not be dishonest if the accused believes that they cannot discover the owner of the property by taking reasonable steps.2

‘Appropriation of property’ means any assumption of rights of ownership, possession or control of the property with the consent of the owner.3 This can include circumstances where a person legitimately obtains property belonging to another and dishonestly appropriates the property at a later time, for example entering into a rental agreement to hire the property and then retaining the property beyond the expiration of the agreement.

‘Absolute liability’ applies to this element of the offence.5 This means that it is irrelevant whether the accused knows if the property belongs to a Commonwealth entity.


“Did the property belong to a Commonwealth entity?”

Defences to this charge ordinarily turn on some element of the offence not being made out. These include:

Other defences to this offence include mental impairment,7 mistake of fact,8 duress9 or sudden and extraordinary emergency.10

Maximum penalty for section 131.1 of the Commonwealth Criminal Code 1995

The charge of Theft – Commonwealth (s131.1 of the Commonwealth Criminal Code 1995) carries a maximum penalty of imprisonment for 10 years.11

< Back to Federal Offences
< Back to A -Z of Offences