Taking or Use Vehicle Without Owner’s Consent 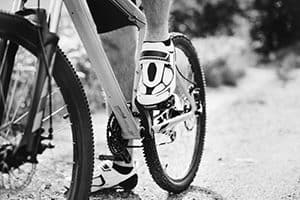 This charge is generally laid in situations where a person takes or uses a vehicle that is the property of another person without the consent of the owner or other person who is in lawful possession of the vehicle.

This offence includes all vehicles from bicycles to boats but does not include motor vehicles.

Examples of Taking or Using Vehicle Without Owner’s Consent

What are some of the possible defences to Taking or Using Vehicle Without Owner’s Consent?

Possible defences to this charge could be consent, duress, a factual dispute, honest and reasonable mistake of belief, wrongful identification, lack of intent or necessity.

You should ring us and discuss your case if you have been charged. Deciding on whether to plead guilty or not while have major implications for you and should be made after proper discussion with a criminal lawyer.

This offence carries a maximum penalty of 15 penalty units (fine) or imprisonment for three months. The offence of taking or using a vehicle without consent of owner etc. is the sort of charge regularly heard in the Magistrates’ Court.

What is the legal definition of Taking or Using Vehicle Without Owner’s Consent?

Any person who takes or in any manner uses a vehicle (including a bicycle but not including a motor vehicle within the meaning of the Road Safety Act 1986 ) or a boat ship or other vessel the property of any other person without the consent of the owner or person in lawful possession thereof shall be guilty of an offence.

“Have you been accused of taking someone’s bike or boat?”

The legislation for this offence can be found on section 38 of Summary Offences Act 1966.

In essence to prove this charge the Police must show that the accused took or used in any manner a vehicle, boat or other vessel. At the time, the vehicle was the property of another person and the accused did not have the consent of the owner of the property or person in lawful possession.