Home » Drugs » Supply of Drug of Dependence to a Child

Supply of Drug of Dependence to a Child

Supply of Drug of Dependence to a Child is found in section 71B of the Drugs, Poisons and Controlled Substances Act 1981 in Victoria. It is a criminal offence that is committed by a person who supplied a drug of dependence to a child to pass it to another person, or supplied it to a child for the child’s use.

Have you been accused of Supply of Drug of Dependence to a Child? This is a serious offence and you must prioritise speaking with one of our lawyers if you become aware of this allegation against you. 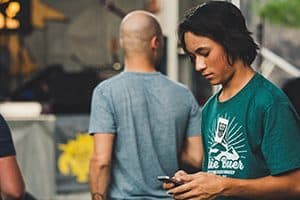 It is important that you receive legal advice before speaking with Police. One of our lawyers can advise you about how to conduct yourself during a Police interview. You may want to know – should I make a statement to Police? Should I attend a Police interview? Do I need to give my DNA? Will the Police leave me alone if I explain my side of the story? Will I be remanded?

The Police are trained in asking questions in a way to make you seem like your are not telling the truth even though you are. Do not attend the Police interview without speaking with a lawyer first and hope to handle it correctly.

One of our lawyers can also attend the Police station with you if you would like the support of a lawyer during the interview.

We are defence lawyers who are experienced in defending charges of Supply of Drug of Dependence to a Child. Make a time to speak with one of lawyers who can create a defence strategy for you.

In a case like this, you want a lawyer who is going to consider:

Charges like Supply of Drug of Dependence to a Child requires professional attention. If you wish to contest this charge, our team will work hard to push for the matter to be withdrawn early on.

We will assess the brief of evidence to consider the police case against you. If you decide to plead guilty to a charge of Supply Drug of Dependence to a Child, we will undertake thorough preparation for your plea hearing.

If appropriate, we will enter negotiations with the prosecution as to the alleged summary, aiming to resolve the case on the most favourable basis for you. We gather relevant material and work with you to understand the background to what has occurred. It is our job to communicate that to the Court. 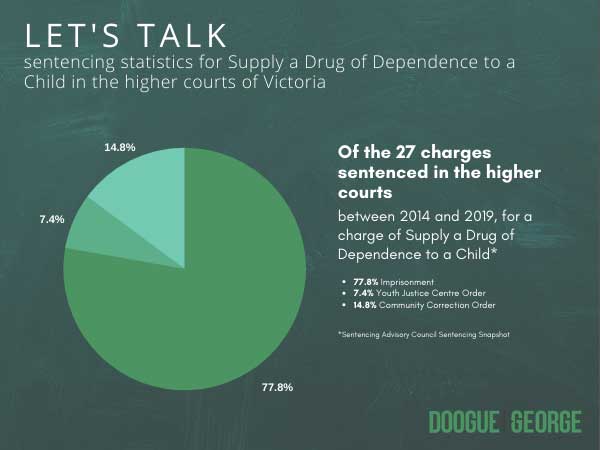 This is generally heard in the County Court.

Examples of Supply of Drug of Dependence to a Child

What is the legal definition of Supply of Drug of Dependence to a Child?


“Have you been accused of supplying drugs to a child?”

The legislation for this offence can be found on section 71B of Drugs, Poisons and Controlled Substances Act 1981.

In essence to prove this charge the Prosecution must show that the accused supplied a drug of dependence to a child under the age of 18 years without being authorised or licensed to do so.

Defences to this can be the belief that the child was over the age of 18 years at the time that drug was supplied. This then becomes an argument about the surrounding circumstances and what age the person appeared to be and the reason for that assessment. There are also the normal factual disputes as to who actually committed an act. That is who actually supplied the drugs?

You should ring us and discuss your case if you have been charged with this offence.

Deciding on whether to plead guilty or not has important implications for you and should be made after proper discussions with a criminal lawyer. If you are found guilty you may serve a term of imprisonment and so it would be prudent to talk to a lawyer as soon as possible.

Maximum penalty for section 71B of Drugs, Poisons and Controlled Substances Act 1981

Supply of drug of dependence to a child (s71B of Drugs, Poisons and Controlled Substances Act 1981) is a very serious offence that will normally mean that you will serve a prison term if you are found guilty. It carries a maximum penalty of 1,600 penalty units (fine) or level 3 imprisonment (20 years maximum), or both.

The reason why it is considered to be such a serious offence is because there are children involved.