Speed Trials is found in section 68(1) of the Road Safety Act 1986 in Victoria. It is a criminal offence to drive a vehicle on a highway for the purpose of a speed trial or race.

Have you been accused of Speed Trials?

It is important that you receive legal advice before speaking with Police. One of our lawyers can advise you about how to conduct yourself during a Police interview. The Police will only interview because they have already conducted their investigation and believe you are guilty. They are not interested in listening to your explanation. They are trained investigators and know how to elicit information from people. 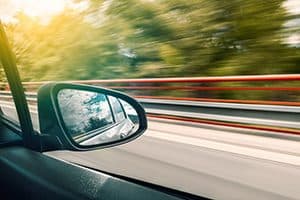 It is worth noting that everything you say to the Police will appear in the brief of evidence against you if it helps their case against you.

If you have been charged with Speed Trials, you should get in touch with one of our experienced lawyers today. We will look at the brief of evidence and advise you on your prospects of successfully defending the charge. You want to get in early because there may be time sensitive evidence that needs to be gathered which the Police may have overlooked. This evidence may undermine the Police case.

We have a number of in-house counsel who are available to represent you in Court and fight for the best outcome.

Before making the decision to plead guilty to a charge of Speed Trials, it is essential that you get advice from a lawyer. At Doogue + George Defence Lawyers, we will review the evidence against you. We will make sure the prosecution can make out all of the elements of the offence before you plead guilty and we will consider if there are any relevant defences.

Then we will assist you to prepare for your plea hearing. We will obtain character references, take detailed instructions from you about your personal history and the circumstances that lead to the offending.

We will prepare a plea to present to the Court to ensure you receive the lowest possible penalty available to you.

Speed trials are the sort of charge regularly heard in the Magistrates’ Court.

What is the legal definition of Speed Trials?

A person who on a highway drives or is in charge of a motor vehicle which is being used in a race or speed trial is guilty of an offence.

The legislation for this offence can be found on section 68(1) of Road Safety Act 1986.

To prove this charge, the prosecution must prove the following beyond reasonable doubt:

Were you driving or in charge of a motor vehicle?
A person does not need to be driving the vehicle to be found guilty of this offence. It will be enough if they are ‘in charge’ of the motor vehicle.

Were you on a highway?
‘Highway’ means road or road related area.

‘Road’ means an area that is open to or used by the public and is developed for, or has as one of its main uses, the driving or riding of motor vehicles.

Were you driving for the purpose of a race or speed trial?
‘Speed trial’ means an organised motor vehicle event, or any part of such an event, that is a competitive test of speed an object of which is, or requires for its attainment, the travelling over a distance in the shortest possible time, but does not include an event, or any part of an event, in which it is a condition of participation that participants comply with all applicable road laws.3


“Can they prove you were driving on a highway for the purpose of racing?”

A defence to this charge could include a factual dispute or that the event/function had approved authorisation by the Minister by Government Gazette.