Have you been accused of Setting Traps to Kill? You will have many questions you would like to ask a criminal defence lawyer. One of our experienced lawyers will help you by answering your legal questions during a private consultation. 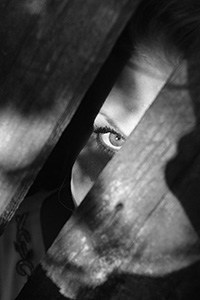 We are criminal lawyers who have dedicated our careers to fighting accusations such as Setting Traps to Kill.

The Police are not on your side when they accuse you of wrong-doing. Therefore, get legal advice before speaking with Police an allegation of Setting Traps to Kill. We can advise you what to expect at the Police interview, what you must answer and what you are not obliged to answer.

Things you tell Police during any stage of the investigation may make it difficult to contest the charges later on.

Our lawyers can also attend the Police station with you to protect your rights.

If you have been charged with Setting Traps to Kill, we can come up with a defence strategy for you. It is good to get onto this early because there may be evidence which helps your case that needs to be preserved before it is lost.

Our lawyers approach matters like this by asking the following questions:

This investigation may lead to charges being withdrawn or an acquittal.

We believe it is very important to take the time to carefully discuss matters with our clients so they know that they are up against.

If you decide to plead guilty to Setting Traps to Kill, we can represent you at Court at your plea hearing. We can prepare a plea strategy for you to ensure that you have the right material for the best possible outcome.

This is an indictable offence which would be heard in the County Court.

What is the legal definition of Setting Traps to Kill?

Examples of Setting Traps to Kill

The relevant legislative provision for this offence is section 25 of Crimes Act 1958 (Vic) (the Act).

The prosecution must prove the following two elements to prove this charge:

‘Trap or device’ is not defined in the Act. In the context of this offence, a trap or device is something that is used to catch, retain [or harm] animals, typically by allowing entry but not exit or by catching hold of a part of the body.1

Whether or not something qualifies as a trap or device will depend on the circumstances of the case.

‘Intention’ means the accused meant for the trap or device to kill another person.

Defences to this charge ordinarily turn on some element of the offence not being made out. These defences include:

Other defences to this charge include duress and, in limited circumstances, sudden and extraordinary emergency.4

It is not a defence to this charge for the offence to have occurred on the accused’s private property and for the victim to be trespassing.5

Deciding on whether or not to plead guilty to this charge has important implications for you and should be made after proper discussions with a criminal lawyer.

Maximum penalty for section 25 of the Crimes Act 1958

The offence of Setting Traps to Kill (s25 of the Crimes Act 1958) carries a maximum penalty of 15 years imprisonment.