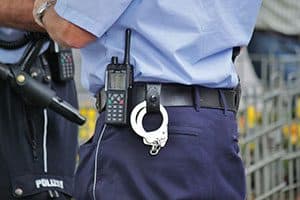 A person who refuses to provide a further breath test sample to Police may be charged under section 49(1)(e) of the Road Safety Act 1986 (Vic).

What are some of the possible defences to Refuse to Provide Further Sample (Drink Driving)?

A person charged with failing to provide a further sample of breath when requested to by Police may rely on a factual dispute to defend this charge.

You should call us and discuss your case with one of our experienced lawyers if you have been charged this offence. Deciding on whether to plead guilty or not has important implications for you and should be made after proper discussions with a criminal lawyer.

New regulations that came into effect from 31 January 2018 mean that Victorian offenders will face Victorian driving penalties should they be caught interstate. The offence of refusing to provide a further sample is the sort of charge regularly heard in the Magistrates’ Court.

What is the legal definition of Refuse to Provide Further Sample (Drink Driving)?

Section 55 of the Road Safety Act 1986 (Vic) permits a member of Police to conduct a breath test on a person in control of a motor vehicle by using a ‘breath analysing instrument’.

The Road Safety Act defines a ‘breath analysing instrument’ as –

The legislation for this offence can be found on section 49(1)(E) of Road Safety Act 1986.

In essence, to prove this charge, the Police must show that the accused refused to provide a further breath test sample.

“Can the Police prove that you refused to provide a further sample of breath?”