In Victoria, Refuse Breath Test is found in section 49(1)(C) of the Road Safety Act 1986. It is a criminal offence that is committed by a person who refuses to undergo a preliminary breath test when required to do so.

Have you been charged with Refuse Breath Test? If yes, one of our experienced criminal defence lawyers can help you and answer your important questions. They can tell you what the likely penalties are, your prospects of successfully defending the charge, what you should do to prepare for Court. 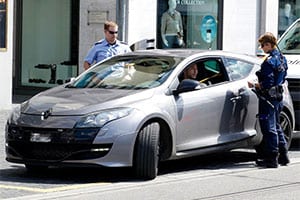 Our lawyers have enormous experience in representing people charged with Refuse Breath Test. Our lawyers are best placed to give you realistic advice.

Normally with an allegation of Refuse Breath Test, the Police will conduct a field interview. Despite this, you are still given an opportunity to call a lawyer and receive legal advice. You should get in touch with one of our lawyers who can advise you on how to handle the interview. It is worth remembering that the Police will use anything you tell them to compile their case against you. The Police interview is not the time to explain your side of the story and hope the Police will realise they have made a mistake.

A lot of the time, there the charge of Refuse Breath Test arises because of a misunderstanding. If you intend to plead not guilty to this charge, it is key that you get in touch with our firm to see one of our specialised lawyers. Our lawyers are pro-active and will consider if there is body worn camera footage that needs to be requested, if there is dash camera footage which needs to be protected or if there are potential witnesses who Police have not spoken to yet.

The Magistrate you appear before can hear up to 20 to 30 pleas of guilty to driving offences on the same day that you appear in Court where they hear the same thing over and over. Our lawyers will prepare your case before the plea hearing so you have good material to present the Court. 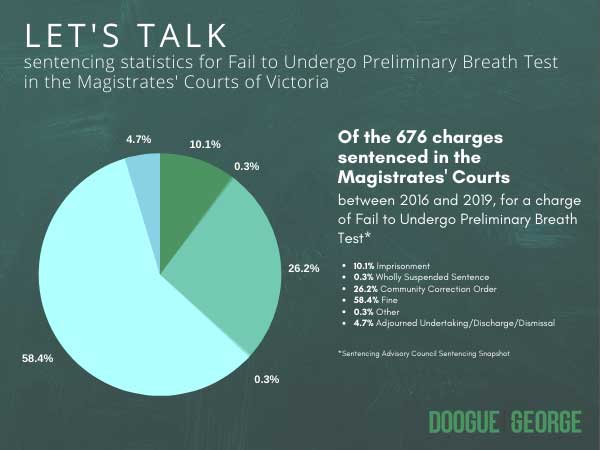 The charge of refusing a breath test drink driving is the sort of charge regularly heard in the Magistrates’ Court.

What is the legal definition of Refuse Breath Test?

A person is guilty of an offence if he or she refuses to undergo a preliminary breath test in accordance with section 53 when required under that section to do so.

The legislation for this offence can be found on section 49(1)(c) of Road Safety Act 1986.

To prove this charge, the Police must show that:

A person is not obliged to undergo a preliminary breath test if more than 3 hours have passed since the person last drove, was an occupant of or was in charge of a motor vehicle.2


“Were you asked to undergo a breath test within 3 hours of driving?”

Was the request for the breath test made in accordance with section 53?
Under section 53 of the Road Safety Act 1986, a police officer may at any time require:

…to undergo a preliminary breath test by a prescribed device.

Defences to this can be a factual dispute or that when the person was asked to undergo a preliminary breath test it more than 3 hours had passed since the person last drove, was an occupant of or was in charge of a motor vehicle.