Recruiting for a Terrorist Organisation 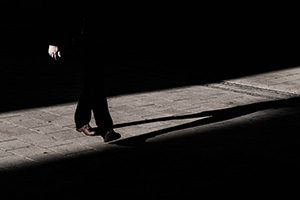 If you are charged with recruiting for a terrorist organization, police will want to interview you. You should go into the interview armed with knowledge of the police interview process and an idea of what, if anything, you will say to police. You have the right to give a no comment interview. The best way to prepare for a police interview is to discuss it with a lawyer. We can help you with the procedure and advice on how to approach the interview.

Recruiting for a Terrorist Organisation is a serious offence and you should engage a lawyer to help you work through it. A lawyer will go through the evidence with you and form a case strategy. We can help you go through the charge and evidence against you and figure out a strategy for your case.

Recruiting for a terrorist organization is a serious offence and you could be looking at a term of imprisonment if you plead guilty. It is important to engage a lawyer to help you prepare a plea. We appear in pleas for serious offences on regular basis and can help you prepare your case. If you have been charged with this offence and are intending to plead guilty, get in touch with us and we can discuss how to prepare your case.

The Commonwealth offence of recruiting for a terrorist organisation is a very serious offence which is heard in the Supreme Court.

What is the legal definition of Recruiting for a Terrorist Organisation?

Section 101.1 of the Commonwealth Criminal Code defines ‘terrorist organisation’ as:

Examples of Recruiting for a Terrorist Organisation

The legislation for this offence can be found on section 102.4 of Criminal Code Act 1995.

For the Prosecution to prove this charge, they must satisfy the Court of the following elements:


“Can the Prosecution prove that you knew or that you were reckless that the organisation is a terrorist organisation?”

If you have been charged with this offence, you may rely on one of the following defences to contest this charge:

You should call us to discuss your case with one of our experienced criminal lawyers if you have been charged. Deciding on whether to plead guilty or not has important implications for you and should be made after proper discussions with a criminal lawyer.

Maximum penalty for section 102.4 of the Commonwealth Criminal Code