Possession of a Tablet Press is an offence under section 71C of the Drugs, Poisons and Controlled Substances Act 1981. You cannot possess a tablet press without being authorized to do so or having a lawful excuse. If you are considering buying a tablet press, you should obtain legal advice about whether you are at risk of being charged with this offence. We deal with drug offences on a daily basis and can help you with any questions you have. 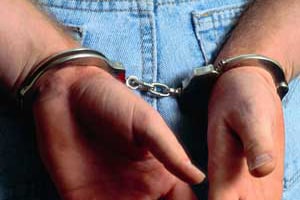 Police interviews are not your opportunity to tell your side of the story and you should be very careful if police want to interview you in relation to possession of a tablet press. A police interview may not be the time to make any explanations to the police and any admissions could harm your case rather than help it. If you are unsure on how to navigate your police interview we can help you. Contact us and one of our expert lawyers will talk you through the process and answer any queries you have.

If you believe you have bought a tablet press for a lawful reason or think you have been wrongly charged with this offence, you should engage a lawyer to assist you in navigating your case. We can assist you by examining all the evidence and considering what you tell us about your case. You might have questions such as:

A lawyer can help you present your best possible case where you have decided to plead guilty to possession of a tablet press. We are experienced in dealing with these types of offences and can guide you through the process by explaining court procedures and what it means to enter a plea. We can also advise you on the range of potential penalties you are looking at if you plead guilty. 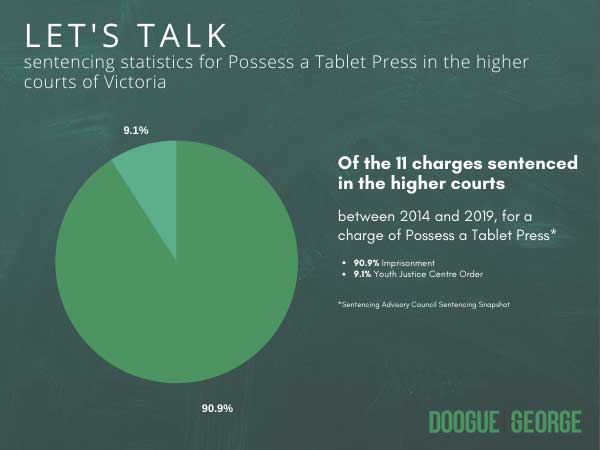 This is an indictable offence which would ordinarily be heard in the County Court.

Examples of possession of a tablet press:

What is the legal definition of Possession of Tablet Press?

A person who, without being authorized by or licensed under this Act or the regulations (if any) to do so or otherwise without a lawful excuse, possesses a tablet press is guilty of an indictable offence.


“Can they prove you were the person who possessed the tablet press?”

The law for Possession of Tablet Press can be found on section 71C of the Drugs, Poisons and Controlled Substances Act 1981.

For an accused to be found guilty of this charge, the following elements must be proven in court beyond reasonable doubt:

Maximum penalty for section 71C of the Drugs, Poisons and Controlled Substances Act 1981

The maximum penalty for Possession of Tablet Press (s71C of the Drugs, Poisons and Controlled Substances Act 1981) is 600 penalty units or level 6 imprisonment (5 years maximum).