Under section 71D of the Drugs, Poisons and Controlled Substances Act 1981, it is illegal to possess a precursor chemical that could be used to make a drug of dependence, unless you have a lawful excuse for doing so. It is important to seek legal advice if you are charged with this offence.

Drug offences are taken seriously by police and they will likely interview you if you are charged with this offence. You should go into a police interview prepared and with a good knowledge of your rights. We can assist you with your police interview, talk you through the process and any questions you might have. 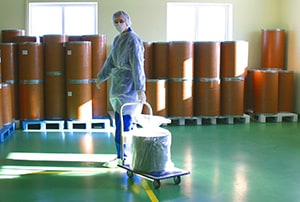 If you want to plead not guilty to this charge you should engage a lawyer who can go through the evidence with you and identify any weaknesses in the prosecution case. We deal with serious drug charges regularly and can assist you if you are charged with this offence. We can also help you work out if you can establish any defences such as whether you have a legitimate reason for having the precursor chemical.

Where there is strong evidence against you, you may decide to plead guilty to this charge. It is important that a lawyer assists you with a plea. We look at all your material when we put together a plea submission including obtaining character references, any medical reports and importantly, telling the court your story, which all assist in helping you achieve a fair sentence. 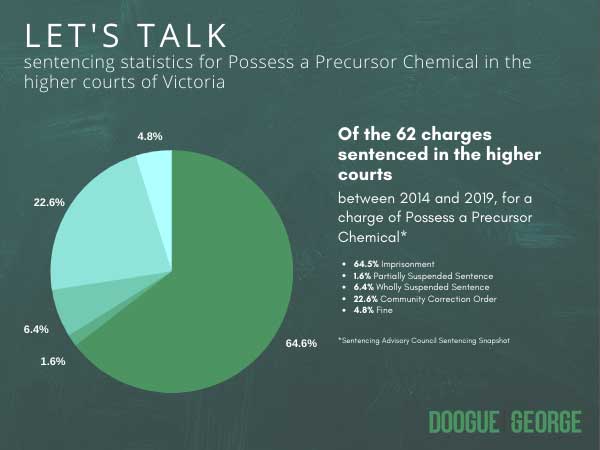 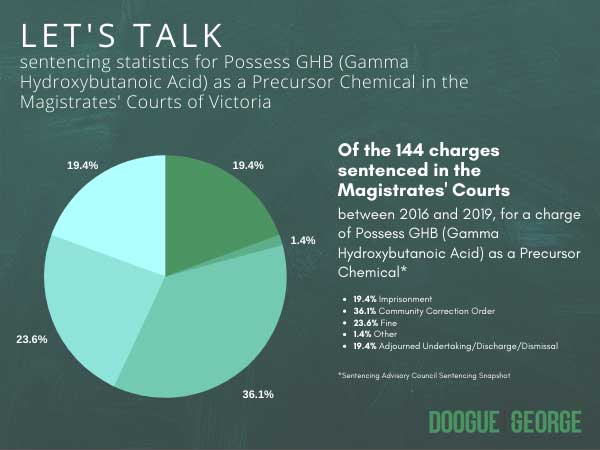 This offence is dealt with in the Magistrates’ and County Courts.

Examples of Possession of Precursor Chemicals

What is the legal definition of Possession of Precursor Chemicals?

Possession
The Prosecution must demonstrate that the accused intentionally had the chemical in his/her custody, or under his or her control.1

This offence can be found on s 71D of the Drugs, Poisons and Controlled Substances Act 1981 (the Act).

To prove this offence the Prosecution must show that (1) the accused possessed a prescribed quantity of a chemical without lawful excuse and (2) that chemical was a prescribed precursor chemical.


“Can the Prosecution prove that the chemicals were used to manufacture illicit drugs?”

Maximum penalty for section 71D of the Drugs, Poisons and Controlled Substances Act 1981

The maximum penalty for Possession of Precursor Chemicals (s71D of the Drugs, Poisons and Controlled Substances Act 1981) is a fine of 600 penalty units (around $100,000) or 5 years imprisonment.

Case studies related to the charge of Possession of precursor chemicals: