Possessing Marketable Quantities Of Unlawfully Imported Border Controlled Drugs Or Border Controlled Plants is a federal offence under section 307.6 of the Commonwealth Criminal Code. It is a serious offence and can lead to a long term of imprisonment if you are found guilty.

There are 209 drugs currently listed in the Commonwealth Code Regulations as border controlled drugs and seven types of plants listed as border controlled plants. It is important to pay close attention to the type of drug or plant you have been charged with possessing as well as the quantity, as that can make a huge difference in establishing the charge. 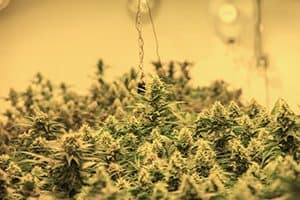 It is important to get legal assistance as soon as you have been charged with this offence. We appear regularly in Commonwealth drug offence matters and can help you.

Just because you have been charged with this offence does not mean you should plead guilty. It is important to speak to an experienced lawyer who can assess all the evidence against you before you enter a plea. We regularly deal with these types of complex matters and can go through this charge and the evidence with you. If you plead not guilty we can develop a strategy for your case and have experienced lawyers represent you in court.

You may decide that the best outcome for you will be pleading guilty to this charge. Given its serious nature and the risk of imprisonment, it is important to engage a lawyer to represent you.

We conduct pleas on behalf of our clients every day. We will be able to assist you in trying to receive the best possible outcome by closely considering the facts of your case, advising you of any programs or counselling to engage in prior to court and collecting other supporting evidence.

This offence is typically dealt with in the County Court of Victoria.

Section 301.4 of the Criminal Code defines a ‘border-controlled drug’ as:


a substance, other than a growing plant, that is:

The legislation for this offence can be found on section 307.6 of Criminal Code Act 1995.

The Prosecution must prove the following elements beyond reasonable doubt to establish this offence:

Please note that the burden is on the defence to prove that he/she did not intend to sell the border-controlled substance.


“Can the Prosecution prove that you were in possession of a marketable quantity of a controlled substance?”

13.5 Standard of proof – defence
A legal burden of proof on the defendant must be discharged on the balance of probabilities.

The following defences are available to a person charged with this offence:

You should call us and discuss your case with one of our experienced lawyers if you have been charged. Deciding on whether to plead guilty or not has important implications for you and should be made after proper discussions with a criminal lawyer.

Maximum penalty for section 307.6 of the Commonwealth Criminal Code

Any person found guilty of (s307.6 of the Commonwealth Criminal Code) may be sentenced to a maximum penalty of imprisonment for 25 years or a fine of 5,000 penalty units, or both.