Possessing a Longarm Without License

Possessing a Longarm Without License is found in section 6 of the Firearms Act 1996. It is a criminal offence for a person to possess a longarm without the required licence.

Have you been accused of Possessing a Longarm Without License?

The Police will only interview you in relation to this offence if they suspect you are guilty. They will invite you to the Police station for a “chat” to make you feel comfortable. But, it is important to remember they are not on your side and they are looking for information from you to build their case against you. 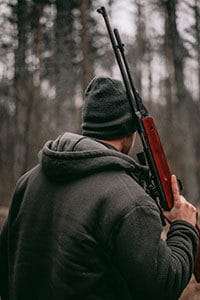 If the Police want to speak with you about an allegation of possessing a longarm without a license, speak with one of our experienced lawyers first. If you speak with police without having received legal advice, you may place yourself at a disadvantage.

Each case has a different set of circumstances. By engaging with one of our experienced criminal solicitors early on, you will be taking steps to ensure the best possible outcome in relation to your charge of Possessing a Longarm Without License.

If you wish to contest a charge of Possessing a Longarm Without License, we’ll be there to push for the best outcome. We’ll consider weaknesses in the police case against you and what other evidence is relevant to your case. The answer to these questions can lead to this charge being withdrawn before the contested hearing or an acquittal.

If you decide to plead guilty to a charge of Possessing a Longarm Without License, we will work to resolve the case on the most favourable basis possible. This might involve engaging in negotiations with the prosecution about the details of the charge or the agreed summary of facts. We will be by your side to walk you through this process and direct you to complete offence specific courses which will mitigate your penalty such as engaging with a psychologist to obtain a report and gathering character references. 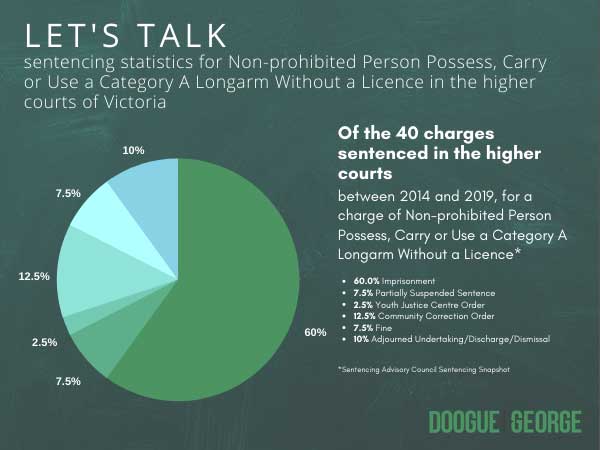 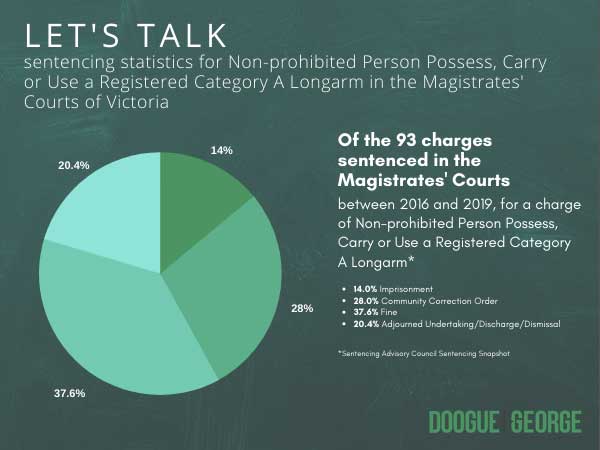 As this is a summary offence this will be generally heard by the Magistrates Court.

Examples of Possessing a Longarm Without License

What is the legal definition of Possessing a Longarm Without License?

A non-prohibited person must not possess, carry or use a category A longarm that is registered unless that person does so under and in accordance with a licence issued under this Part.

The legislation for this offence can be found on section 6 of Firearms Act 1996.

To prove this accusation the Prosecution must show that the accused possessed a longarm and did not have the proper or valid licence.


“Have you been caught with a rifle and no license?”


What are some of the possible defences to Possessing a Longarm Without License?

A defence to this may arise where an accused had the weapon for the purposes of self-defence. Other defences include lack of intention to possess the firearm or a factual dispute as to whether the person possessed the firearm at all. Honest and reasonable mistake of belief as well as the concept of beyond reasonable doubt may also be used depending on the circumstances.

Maximum penalty for section 6 of the Firearms Act 1996