If you are charged with this offence we can work through the case with you and provide you with the legal assistance you need. 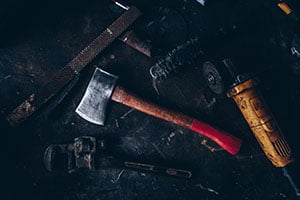 The police may want to interview you in relation to this charge. Anything you tell the police can be used in evidence against you. It is important to remember that you have the right to say ‘no comment’ to police except where they ask for your name, address and date of birth.

Before you speak to police you should speak to a criminal lawyer who can go through the procedures of a police interview and advise you on whether you should provide a comment interview.

If you think you have been wrongly charged with this offence it is important to get in touch with a criminal lawyer as soon as possible who can discuss your options with you. We have dealt with this charge often and have successfully been able to have it withdrawn on the basis that the housebreaking implements were actually tools being used by our clients for work. We will be able to help you navigate the system and develop a strategy for your case if you decide to plead not guilty.

Where there is strong evidence against you, you may decide to plead guilty. It is equally as important to have a lawyer represent you where this is the case. Our lawyers do court appearances at the Magistrates’ Court daily and will be able to assist you to put together a plea on your behalf that will get you the best possible outcome. 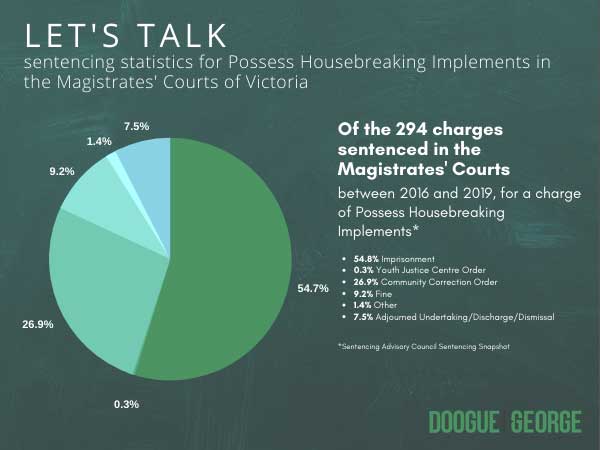 It is the sort of charge that is heard in the Magistrates’ Court.

What is the legal definition of Possessing Housebreaking Implements?

A person must not, without lawful excuse, have an implement of housebreaking in his or her custody or possession.

The legislation for this offence can be found in section 49D of Summary Offences Act 1966.

In order to make out this charge, the prosecution must prove the following beyond reasonable doubt:


“Can they prove you were in possession of a housebreaking implement without lawful excuse?”

Defences to this could be a factual dispute or lawful excuse for possession, as well as the concept of beyond reasonable doubt.

Maximum penalty for section 49D of the Summary Offences Act 1966

The charge of Possessing Housebreaking Implements (s49D of the Summary Offences Act 1966) has a maximum penalty of imprisonment for 2 years.