The offence of Possessing Controlled Precursors is found in section 308.2 of the Commonwealth Criminal Code 1995. It is committed by a person who was found to be in possession of chemicals that are used to manufacture illicit drugs.

Have you been accused of Possessing Controlled Precursors? 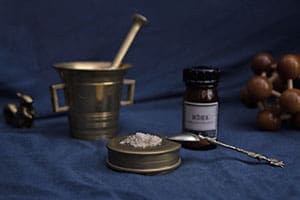 If the Police are interviewing you in relation to Possessing Controlled Precursors, they likely have already gathered evidence against you. It important to understand that a Police interview is not an opportunity for you to explain something that is suggested to you and talk your way out of an allegation. The interview is used by police to fill gaps in their own narrative. It may be used in Court later to show that you are inconsistent in your explanation of events and are therefore, not credible. Don’t help the Police make out their allegations against you by making comments they will only use to support their case.

If you are contesting a charge of Possessing Controlled Precursors, you must not discuss the allegations over the phone or social media. The police may be monitoring your communications and will keep track of your communications.

Our lawyers are experts in running jury trails. We have in-house counsel who can represent you in Court through every stage. All our lawyers work extremely hard to look for flaws in the police case and request relevant disclosure material which can increase your chances of an acquittal. The prosecution must prove the charges beyond reasonable doubt.

If you are pleading guilty the Court needs to be told about your be informed about the reasons for your offending. Our lawyers appear in plea hearings in the Magistrates’, County and Supreme Courts every day and know how to persuade the Court to help you achieve the fairest outcome possible. Call our lawyers today to discuss how we can get the best result for you.

Commonwealth criminal matters are heard in state courts. Which court that is will be dictated by the severity of the allegations.

What is the legal definition of Possessing Controlled Precursors?

The legislation for this offence can be found on section 308.2 of the Commonwealth Criminal Code Act 1995.

The Prosecution must show that the accused possessed a substance which required authorisation and the possession was not authorised. The accused is taken to have possessed the substance with the intention of using some or all of the substance to manufacture a controlled drug.

Defences to this could be a factual dispute, that the accused did not possess a substance, that the substance did not require authorisation for possession, or that the accused did not intend to use the substance to manufacture a controlled drug. A criminal defence lawyer may also use mental impairment, duress, honest and reasonable mistake of belief, impossibility, lack of intent, and the concept of beyond reasonable doubt.

“Have you been accused of possessing chemicals to make illicit drugs?”

Maximum penalty for section 308.2 of the Commonwealth Criminal Code 1995

The maximum penalty for Possessing Controlled Precursors (section 308.2 of the Commonwealth Criminal Code 1995) is imprisonment for 2 years or 400 penalty units ($64, 476 at the time of print), or both.