In Victoria, Period of Retention is found in section 55 of the Taxation Administration Act 1997. It is a criminal offence that is committed by a person who was required by taxation law to keep tax records but failed to do so within the prescribed amount of time.

Have you been accused of Period of Retention? 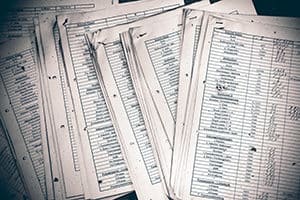 Not every allegation is true and our lawyers are committed to vigorously defending out clients in Court. If you decide to contest your charges we will help guide you through the complex process. We will find holes in their brief to exploit and establish if any reasonable defences are present. We have in-house counsel who can appear at your contest and negotiate with Prosecutors for the best possible outcome.

If you are pleading guilty to a period of retention charge you need an expert criminal lawyer who is familiar with complex financial cases such as these. We have multiple accredited criminal law specialists who work at our firm. We will take instructions from you about your background and circumstances of your offending and present all the facts to the Court to help them understand your story. Our lawyers work hard to ensure that all our clients receive the fairest possible sentence.

This offence heard in the Magistrates’ Court.

What is the legal definition of Period of Retention?

Examples of Period of Retention

The relevant legislation for this offence is section 55 of the Taxation Administration Act 1997.

To prove this charge, the prosecution must prove the following:

The types of records that enable a person’s tax liability to be properly assessed include payments they have received, expenses related to received payments, records of the acquisition or disposal of an asset, records of tax deductible gifts, donations and contributions and disability aids, attendant care or aged care expenses.3

If a record in question falls into one of the above categories, then the first element of this offence will be satisfied.

Element 2: The person did not retain the record for the requisite period of time
A person must keep a relevant record for at least 5 years after:

If a person fails to keep a record for the required period of time, the second element of the offence will be satisfied.


“Was the record kept for the required period of time”

If there is no such permission, the third and final element of this offence will be satisfied.

Defences to this charge will ordinarily be based on some element of the offence not being made out. These defences include:

A further defence to this charge is that the accused person was authorised by the Commissioner in writing to destroy the record before the end of the requisite retention period.1

As with any criminal offence, whether or not someone should plead guilty to this charge depends on the specific features of their case.

Maximum penalty for section 55 of the Taxation Administration Act 1997

A body corporate
The offence of Period of Retention (s55 of the Taxation Administration Act 1997) carries a maximum penalty of 500 penalty units (an $80,595 fine) for a body corporate.8

Not a body corporate
This offence carries a maximum penalty of 100 penalty units (an $16,199 fine) in any other case.9

The Department of Treasury and Finance reviews and updates the value of a penalty unit on 1 July each year.10 As such, the maximum fine for this offence is liable to change.