Home » Commonwealth Offences » Other Acts Done In Preparation For, or Planning, Terrorist Acts

Other Acts Done In Preparation For, or Planning, Terrorist Acts

In Victoria, Other Acts Done in Preparation for, or Planning, Terrorist Acts is found in section 101.6 of the Commonwealth Criminal Code. It is a criminal offence that is committed by a person who was found to have performed a conduct in preparation for, or planning of, a terrorist act. This charge will be laid irrespective of whether the terrorist act occurred or not.

Have you been accused of Other Acts Done in Preparation for, or Planning, Terrorist Acts? You must not delay in calling our firm to receive important legal advice. 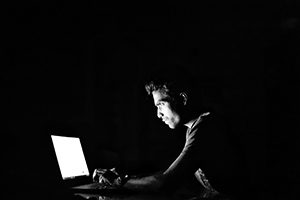 If you are being interviewed for this offence, it is vital that you contact an experienced criminal lawyer for advice. This is a serious charge, and if you are being interviewed the police are most likely looking to charge you. The decision you make about how to conduct yourself in the interview is important. We can help find out information for you, such as will I be remanded, and what type of evidence to they have against me? We will help you answer questions such as should I give a no comment interview, or should I respond to their questions? A police interview can be an intimidating event, particularly when facing a charge such as this. We can give you expert advice and be with you at the interview.

If pleading not guilty to this charge, you will need a lawyer who has handled cases such as this before. Your lawyer should pursue the prosecution to provide all disclosure items, and issue subpoenas for any other material which may be relevant to your defence. A case like this needs to be strongly defended by scrutinizing what evidence the prosecution say they have which links you to the terrorist organization, and what precise acts you have performed, and whether the acts are sufficient to constitute preparation or planning. The defence will require careful and methodical preparation so that you have the best opportunity to successfully defend the charge.

If you are pleading guilty to this charge, it will require very careful and full preparation. Your lawyer will need to take a complete life history so that your lawyer can understand how your life experiences may have contributed to the offending. We will advise you on what material will need to be obtained to tender to the Court and will assist you in gathering reports and reference material.

Acts done in preparation for, or planning of, terrorist acts are very serious Commonwealth offences which are heard in the Supreme Court.

What is the legal definition of Other Acts Done In Preparation For, or Planning, Terrorist Acts?

A person commits an offence if the person does any act in preparation for, or planning, a terrorist attack.

Examples of Other Acts Done In Preparation For, or Planning, Terrorist Acts

The legislation for this offence can be found on section 101.6 of Criminal Code Act 1995.

1. Did the accused complete an act in preparation or planning?

An accused commits an offence even if:

For instance, if an accused purchased parts to make an explosive device, and they had decided they were going to plant an explosive inside a Melbourne bank, but they hadn’t chosen which bank yet, this would still be sufficient to constitute an ‘act in preparation’.

2. Was the act in preparation or planning of a terrorist act?


“Can they prove you were preparing for or planning a terrorist act?”

Defences to this could be a factual dispute, wrongful identification, duress, honest and reasonable mistake of belief, impossibility, lack of intent, and the concept of beyond reasonable doubt. It is also a defence if the accused actually did not do an act which was in preparation for or planning of a terrorist act.

Maximum penalty for section 101.6 of the Commonwealth Criminal Code

The maximum penalty for Other Acts Done In Preparation For, or Planning, Terrorist Acts (s101.6 of the Commonwealth Criminal Code) is imprisonment for life.