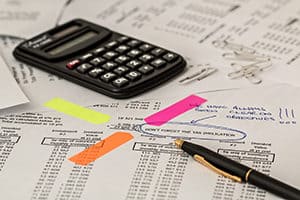 This is a serious Commonwealth offence whereby people who use dishonest means to acquire Commonwealth property can be charged and sentenced to a term of imprisonment.Property is defined as including real property, personal property, money, intangible property and electricity. The concept of dishonesty is measured using the standards of an ordinary person.

You can be charged with this offence even if you were not aware that the property belonged to the Commonwealth.

What are some of the possible defences to Obtaining Property by Deception – Commonwealth?

Defences to these sorts of charges often involve factual disputes about what actually happened and also issues of intention. Honest and reasonable mistake of belief and the concept of beyond reasonable doubt may also be used.

The maximum penalty for this offence is imprisonment for 10 years.

What is the legal definition of Obtaining Property By Deception – Commonwealth?

There are a number of factors that can affect this charge. The act qualifies and explains the different ways that a person can take ownership of property. This includes enabling or inducing ownership of a third party.

The act explains the ways by which a person can permanently deprive someone of property. Borrowing and lending are included in this. The act also describes the various ways a person can be in possession of property.

A person can be charged for this if they took ownership or enabled ownership for themselves or a third party through inducement.

The legislation for this offence can be found on section 134.1 of Criminal Code Act 1995.

In simple terms, you have taken property that belongs to the commonwealth. You have done this with an act of deception.

In basic terms, the deception must be against a Federal Government Body for you to be found guilty of this offence.

The definition of “permanent deprivation” is contained within section 134.1 which includes:

So, it is acting in a way inconsistent with another person’s ownership that may establish the intention to permanently deprive.