In Victoria, Obtaining Property By Deception is found in section 81 of the Crimes Act 1958. It is a criminal offence that is committed by a person who dishonestly engaged in a deception and, as a result, obtained ownership or control of property belonging to another person.

Have you been accused of Obtaining Property By Deception? You should arrange a time to speak with one of our experienced defence lawyers to receive important strategic advice. 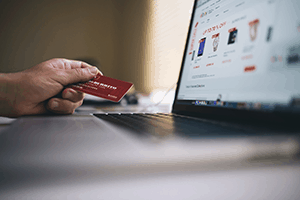 Have police requested that you come down to the station for ‘a chat’? Do you know what that actually means? If police suspect that you have committed the offence of Obtaining Property by Deception, ‘a chat’ usually means that when you attend the police station, you will be placed under arrest and formally interviewed about the allegations.

Our experienced criminal lawyers will explain this process to you before you go to the police station so that nothing is a surprise. Our lawyers will also provide you with clear advice about whether it is in your best interests to answer police questions, or to exercise your right to silence. If you are concerned or nervous about going through the interview process alone, our lawyers can attend the interview with you to ensure that your rights are protected.

Police make mistakes in their investigations, and people are charged with offences that they have not committed. If you are defending a charge of Obtaining Property by Deception, it is important that you engage an experienced criminal lawyer to represent you at an early stage in the proceedings.

Our expert lawyers will thoroughly analyse the brief of evidence in your matter for police errors and omissions, and provide you with clear advice about the legal defences available to you. We will ensure that you understand each step in the Court process as we provide the best possible legal representation to fight the charge against you.

We will work with you to thoroughly prepare your matter well in advance of the plea date, and advocate on your behalf for the best possible outcome at Court. 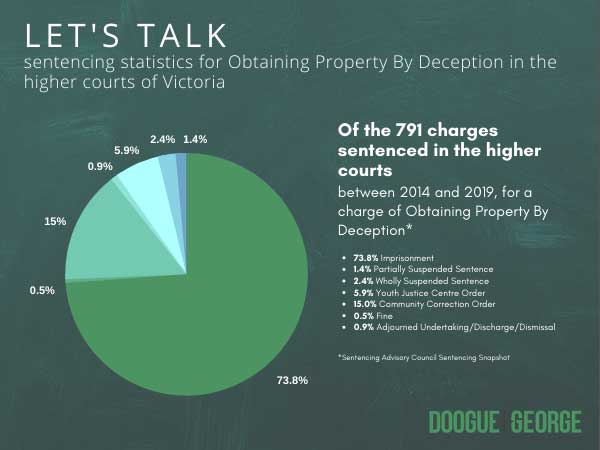 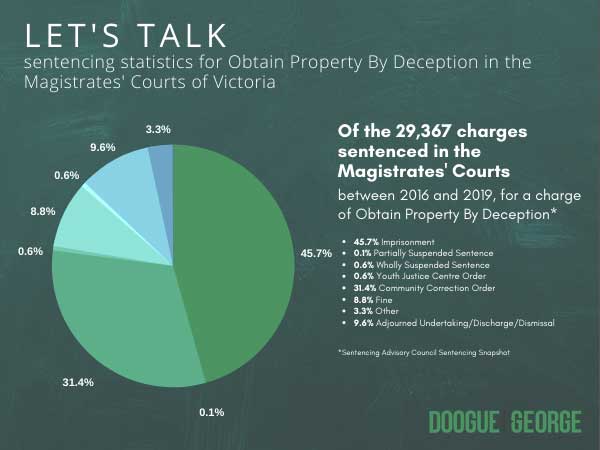 Which Court Will the Case be Heard in?

Obtaining property by deception is an indictable offence. This means that it may be heard in the higher courts. However it is most often dealt with in the Magistrates’ Court. The seriousness of the circumstances surrounding the charge will determine in what jurisdiction the matter is heard.

Generally a single charge of obtaining property by deception is heard in the Magistrates’ Court. If the value of the goods exceeds $100,000.00 or if it is attached to more serious dishonesty charges, it goes to the higher courts. The circumstances surrounding your charges will determine which Court is appropriate. Our solicitors can provide you with advice in relation to this.

There are four elements that constitute the offence of Obtaining Property By Deception:

Element 1: The accused obtained property belonging to another;

If the Accused obtains property and is intending to return equivalent but not identical property, they will have an intention to permanently deprive the owner of the property.5
Element 3: The accused used deceit to obtain the property;


The third element of Obtaining Property By Deception requires the accused to have obtained the property by deceit.6 If the property is obtained without any deception, no offence is committed.The deception must cause the obtaining. Any deception, whether deliberate or reckless, includes an act, thing done, omitted to be done or representation that is the casual link for obtaining the financial advantage. A deception may take place where the Accused does or omits to do something with the intention of causing a computer system or machine to make a response that the accused is not authorised to cause the computer system to make.7

Examples of this include:


The fourth element, in addition to the requirement of deceit, requires dishonesty. The prosecution must prove that when the Accused, by deception, obtained the property, he or she was acting dishonestly.8 That being that the accused himself or herself did not believe that he or she had, in all the circumstances, a legal right to obtain the property.9

The offence of obtaining property by deception can raise legal issues in relation to the intention of the accused. If a jury considers that it is reasonably possible that the Accused did not intend to permanently deprive the owner of the property deceitfully obtained, the offence is not made out. This is the same for an intention to temporarily deprive. The requisite intention to permanently deprive must be present.

Lack of knowledge is also a defence available to the charge if the accused did not have knowledge that their representation by words or conduct was false or probably false at the time it was made. In determining this part of the element, a jury must be satisfied that the Accused him or herself knew, or knew of the likelihood that the representation was untrue. The objective reasonable person test is not applied in this instance.

Maximum penalty for section 81 of the Crimes Act 1958

The seriousness of the conduct engaged in will be determined by the court by reference to the value of the property, the sophistication of the deceptive scheme and time frame of the offending, among other things. The facts surrounding your matter will allow our solicitors to advise you of likely outcomes.

Check out some of the criminal cases we’ve defended in court involving the offence of Obtaining Property By Deception: