In Victoria, Obtaining Licence By False Statements is found in section 71 of the Road Safety Act 1986. It is a criminal offence that is committed by a person who obtained or attempted to obtain a driver’s licence using false statements, including false logbooks, certificates, or registration.

Have you been accused of Obtaining Licence By False Statements? If yes, you should speak to one of our experienced lawyers who can give you strategic advice on how to handle this allegation. 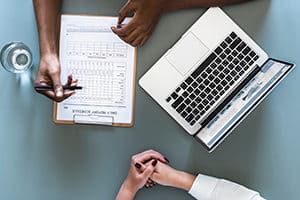 Whether or not it is in your best interests to answer questions regarding an allegation of Obtaining Licence by False Statements, will always depend on your particular circumstances and the specific allegations against you. Our experienced criminal lawyers will provide you with clear advice about the best course to take in your unique situation.

The Police interview can be daunting and you may feel more comfortable to have someone there on your side. Our lawyers can attend the police station with you to make sure your rights are protected.

If you are charged with a criminal offence, you do not have to prove your innocence. Police must prove the charges against you beyond reasonable doubt.

If you are pleading not guilty to a charge of Obtaining Licence by False Statements, you will require expert legal representation. Our experienced criminal lawyers will scrutinise the police brief of evidence, ensure that police have provided all relevant evidence, and assist you to obtain any additional evidence to assist in successfully defending the charge.

Dishonesty offences are viewed very seriously by the Court.

is guilty of an offence and liable to a penalty of not more than 10 penalty units or to imprisonment for a term of not more than 2 months, and any driver licence, learner permit, log book or registration, or any certificate so obtained is void and of no effect.1

The legislation for this offence can be found on section 71 of Road Safety Act 1986.

In essence to prove this charge the Police must show that the person obtained or attempted to obtain a licence etc. by dishonest means or that a person who possesses a licence in such a manner did so without lawful authority.


[1] Road Safety Act 1986 (VIC) s 71
Defences
Defences to this charge can include a factual dispute, a lack of intent, or an honest and reasonable mistake of fact. The concept of beyond reasonable doubt, charges being statute barred, and sudden or extraordinary emergency may also be used depending on the circumstances surrounding the offending.

Maximum penalty for section 71 of the Road Safety Act 1986

The offence of Obtaining Licence by False Statements (s71 of the Road Safety Act 1986) carries a maximum penalty of 10 penalty units (fine of up to $1611.90 at the time of print) or imprisonment for a term of not more than 2 months; and any driver licence, learner permit, log book or registration, or any certificate so obtained will be rendered void and has no effect.