Home » Corporate Offences » Obstruction of Commissioner or an Authorised Officer

Obstruction of Commissioner or an Authorised Officer

Obstruction of Commissioner or an Authorised Officer

This charge is generally laid in situations where a person or corporation hinders or obstructs the Tax Department or fails to provide information when requested. 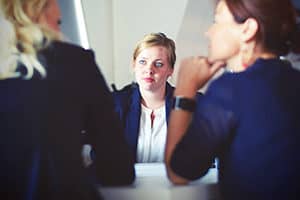 Examples of Obstruction of Commissioner or an Authorised Officer

The legislation for this offence can be found in section 88 of Taxation Administration Act 1997 (‘the Act’).

Note that the prosecution is only required to prove one out of these three forms of the offence.

In order to satisfy this element, the prosecution need to prove that the accused prevented the authorised officer from exercising a function under Part 9 Division 2 of the Act. These functions include using and inspecting documents, seizing electronic equipment, conducting searches of premises and accessing records. The Commissioner’s investigative powers are outlined in detail in the Act.


“Was the authorised officer exercising power under the Act?”

3. OR: Did the accused fail to comply with requirements under section 81(1) or 86?
This is also largely the same as above.According to section 81(1), if:

Therefore, if an accused refuses to operate equipment to allow the authorised officer to access the information contained therein, the accused will be committing an offence.

According to section 86, an authorised officer who:

…may, to the extent that it is reasonably necessary to do so for the administration or execution of a taxation law, require the person to:

Therefore, if an accused refuses to answer a question or give information or even give reasonable assistance to the authorised officer, they will be committing an offence.

Whether or not an accused has a ‘reasonable excuse’ for failing to comply with this section will be a matter of fact.
Defences
Defences to this charge can include a factual dispute or a reasonable reason for not providing the information required. Lack of intent and the concept of beyond reasonable doubt may also be used.

You should ring us and discuss your case if you have been charged.

Deciding on whether to plead guilty or not has consequences for you and should be made after proper discussion with a criminal lawyer.
Maximum penalty for section 88 of the Taxation Administration Act 1997

The maximum penalty for Obstruction of Commissioner or an Authorised Officer (section 88 of the Taxation Administration Act 1997) is: