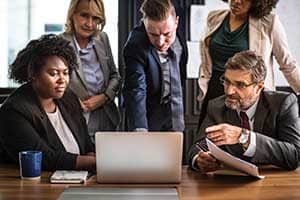 Notice to ASIC of Share Cancellation is a very minor charge and is regulated by section 254Y of the Corporations Act 2001 (‘The Act’). This charge is generally laid in situations where a company fails to notify ASIC about the cancellation of shares within 1 month of the cancellation.

What are some of the possible defences to Notice to ASIC of Share Cancellation?

Defences to this charge can include a factual dispute, honest and reasonable mistake of belief, or the concept of beyond reasonable doubt.

You should ring us and discuss your case if you have been charged.

Schedule 3 of the Act stipulates the penalties for offences under the Act. According to Schedule 3, a contravention of section 254Y is punishable by a maximum of 5 penalty units (about $805). This is a fairly small fine for most companies.

However, deciding on whether to plead guilty or not still has consequences for a company. This decision should only be made after proper discussion with a criminal lawyer.

What is the legal definition of Notice to ASIC of Share Cancellation?

The legal definition of this offence is failing to notify ASIC of a share cancellation within 1 month of the cancellation.

The legislation for this offence can be found in section 254Y of Corporations Act 2001.

Element 1: Have shares in the company been cancelled?
Firstly, this offence must be committed by a company. A company means a company registered under the Act. A company can be limited by shares or limited by guarantee.1

Secondly, the company’s shares must have been cancelled. There are different types of cancellation of shares, which are described on ASIC’s website2:

Whether or not shares have been cancelled is a matter of fact.

Element 3: Has no notice been filed with ASIC, or an incorrect notice?
All companies must notify ASIC if they cancel shares by completing a ‘Change to company details – Form 484’ online. The paper form is no longer available, and must be lodged online.

“Did the company fail to notify ASIC of the share cancellation?”

In this form, the company must advise:

It is important to fill out this form correctly. If the company fills out the wrong information, this will constitute a failure to notify ASIC, and the company will be liable for a criminal offence.